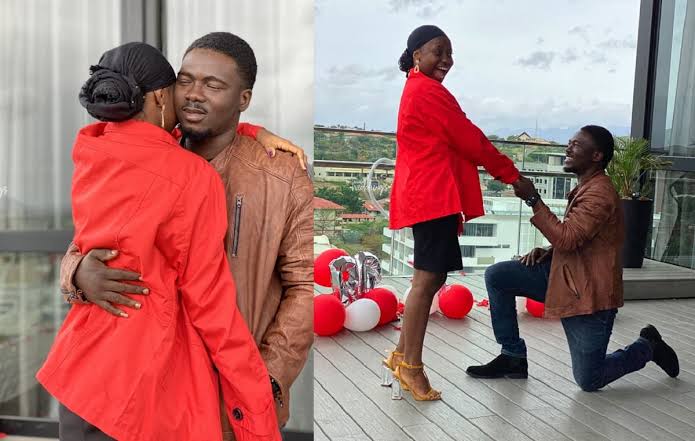 Taaooma first  announced her engagement in October 2020 after which she officially introduced her man to her fans on her YouTube channel and acknowledged that they got engaged in February 2020.

The couple, who announced their engagement in October 2020, married in January 2021, but their fans didn’t know until they celebrated their first wedding anniversary a few months ago.

A year after their private wedding ceremony, the pair took to social media to share loving photos and videos of themselves as they marked their first anniversary as a married couple.

Abula, the proud husband wrote, “One year down, forever to go! Got u for life Mrs Greene ”.

The comedienne on her part wrote, “One year down, forever to go mi amor. ❤️ Happy wedding anniversary ”.

Speaking on why they kept their marriage a secret till their first anniversary, in a chat with Cable Lifestyle, Abula said it was their decision not to announce their wedding.

“We’re married, we got married on January 23, 2021. I don’t know if I should call it low-key or not…but I know that we are married. There’s nothing low-key about it. Sometimes, the things that keep you out should be kept coded,” he said.