Pregnant University of Ibadan student found dead in her home. 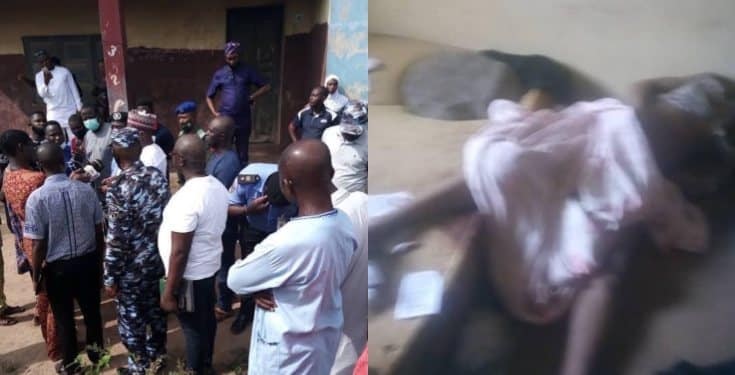 A Postgraduate student of University of Ibadan, Shomuyiwa Azeezat, has been found dead on Thursday night, at her residence located at Ijefun Moniya road, Akinyele LGA, Ibadan.

A huge stone was found on her mattress, raising suspicion that it was used to smash her head which was found covered in blood.

The Students’ Union of the university reacted saying;

“During a visit to the deceased’s residence this afternoon by the Students’ Union leaders, it was confirmed by neighbors that she was hit with heavy stone on the head and no confirmation of any incidence of rape.

“However, investigations are on already by the Nigerian Police force, Oyo state command. The Commissioner of Police in the state also paid a visit to the venue of the incident.”

It was further disclosed that Azeezat was seven-months pregnant before her death.

Some co-tenants have been arrested for prompt investigation.

In the meantime, a call to action has been raised by social media users using #JusticeForAzeezat.

Azeezat’s death comes barely 72hours after the death of Bello Barakat, who was also raped and murdered in her home in Ibadan.


WHATS ON
University of Ibadan