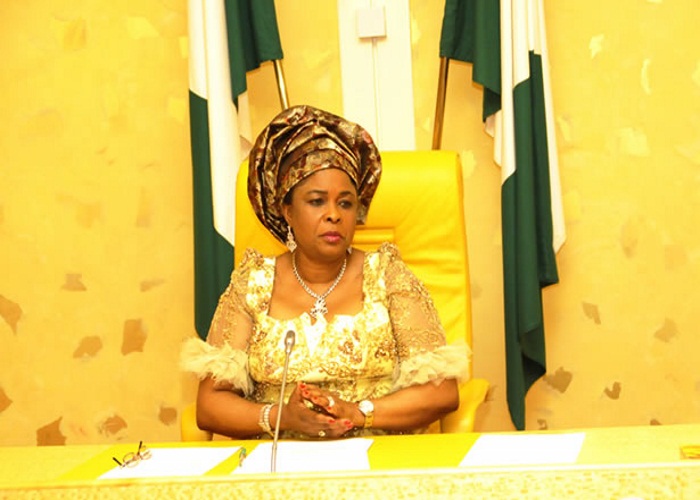 The wife of the President, Mrs. Patience Jonathan, has not been seen in public since President Goodluck Jonathan lost the March 28 presidential election to Maj. Gen. Muhammadu Buhari(retd.) of the All Progressives Congress.

The President had on last Tuesday conceded defeat and called Buhari on the telephone when it became clear from the results released by the Independent National Electoral Commission that he had lost his re-election bid.

Some dignitaries including serving and former government officials had visited Jonathan to commend him for conceding defeat and commensurate with him on his loss.
One of the visitors had told our correspondent that Mrs. Jonathan also received visitors inside the President’s official residence same day.

“After meeting the President in the new Banquet Hall located within the premised of his office, I also visited the First Lady inside the President’s residence before leaving. She was in high spirit when I met her,” the former government official said.

But since then, the President’s wife had not been seen in public.

Mrs. Jonathan and the President’s mother, Eunice, had always been accompanying Jonathan to such services.

The last time she was seen in public was penultimate Saturday when she and her husband voted at their polling unit in Otuoke, Bayelsa State.

While many believed however that she must have been too devastated by her husband’s electoral loss to appear in public so soon, our correspondent’s investigation however showed that Mrs. Jonathan might have travelled out of the country.

A Presidency source who pleaded anonymity revealed that Mrs. Jonathan travelled to the United Kingdom during the week to sort out some domestic issues.

“She is in UK. She may use the opportunity of the trip to visit her children,” the source said.

President’s wife would come back to the country.

Mrs. Jonathan’s spokesman, Mr. Ayo Adewuyi, did not pick the calls made to his mobile telephone line on Monday.

Adewuyi did not also reply a text message sent to him on the mater.

It will be recalled that Mrs. Jonathan had during one of the presidential rallies she organised ahead of the elections claimed that Buhari would send her to jail if he was elected.