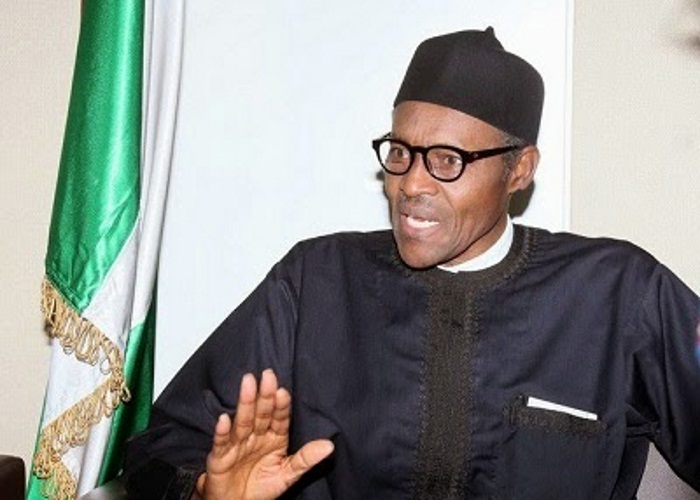 Speaking yesterday in Niger Republic where he went to have security talks with the country’s president over how the two countries can cooperate to end insurgency, Buhari stated that “five years of the presence of this evil sect is enough.”

“I renew my commitment to track Boko Haram into a corner, to destroy it. Five years of the presence of this evil sect is enough. On the issue of the Niger military positioned in cities of Nigeria, I think in the next four weeks we will be able to replace them with Nigerian forces so they can return to their country,” President Buhari said,

He also thanked Niger for hosting as many as 150,000 refugees who fled insecurity in Nigeria to Niger.

A statement signed by Garba Shehu, Senior Special Assistant to the President on Media and Publicity quoted the President as saying that because of the peculiarity of insurgency, Nigeria will require the assistance of its neighbours.

“I am four days in office today and we have already started the process of ending the insurgency,” the President said.

He disclosed that in the course of the over five hours meeting he held with heads of Nigeria’s Armed Forces and security agencies on Tuesday, on-going operations against Boko Haram were reviewed for better results.

President Buhari said that because of the peculiarities of terrorism, the movement of terrorists across borders and the unconventional nature of the war against terror, Nigeria will continue to seek the support of neighbouring countries in its bid to overcome Boko Haram.

“Permit me also to acknowledge the consistency with which the government and people of Niger Republic have stood beside Nigeria under all circumstances. I would like to convey the appreciation of Nigeria for the sacrifices by Niger in the on-going efforts to counter the menace of the Boko Haram insurgency.

“Niger Republic has over the years, proven to be a reliable ally to Nigeria both at bilateral and multilateral levels. It is our hope and aspiration that this special relationship would be further consolidated during my administration.

“My administration will bring new impetus and a renewed commitment to the efforts to wipe out the menace of the Boko Haram insurgents. As a first step, we have directed the relocation of the command post of the counter-insurgency operations to Maiduguri until such a time that the insurgency is completely defeated.

“Our administration will work closely with governments of the affected states to continue to provide humanitarian assistance to the displaced persons and their host communities.

“The ultimate objective, however, remains to end the insurgency and facilitate their return to their homes,” President Buhari said.

In his remarks, the President of Niger Mahamadou Issoufou commended Buhari for making Niger the first country he will visit after his inauguration.

“Your decision to move the military command of Nigeria to the North-East has further strengthened our conviction that the war against terrorism will soon come to an end,” he said.

“Niger is ready to help flush out Boko Haram and protect its borders, its people and their property,” Issoufou added.

President Buhari said he would hold similar meetings on security and the war against terrorism with the Chadian authorities after leaving Niamey today.