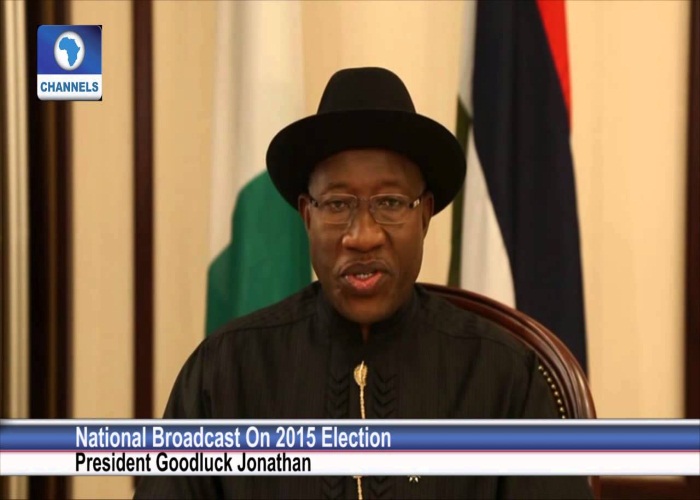 The President of the Federal Republic of Nigeria,President Goodluck Jonathan has arrived Otuegbe, Ogbia Local Government area in Bayelsa State today friday.
The president will cast his vote at a polling unit near his country home.

Prior to his arrival, two Armoured Personnel Carriers (APCs) were seen on the Otuoke Road, one in front of the president’s house.

The other was parked in front of Magels Resort, a hotel close to UBA, the only bank in Otuoke.
Earlier, a helicopter was seen hovering around the town, apparently on security surveillance.
Soldiers and policemen were also seen on the main road, as well as plain-clothes officers who guarded the president’s house.