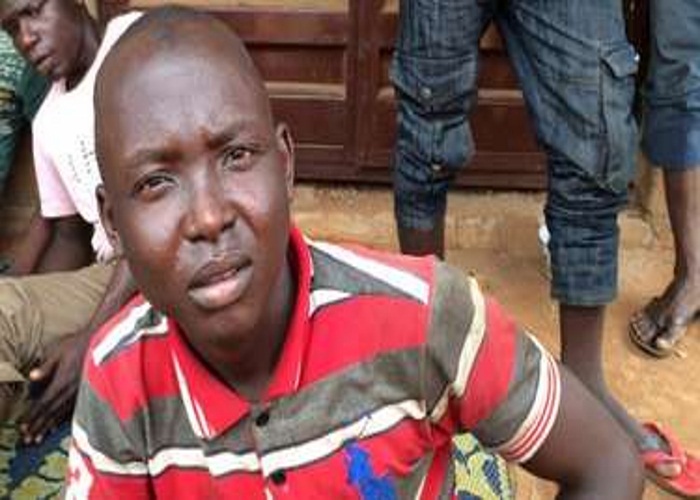 Nigerian truck drivers who have survived a journey through Boko Haram territory relax out of the sun under the porch of a building.

Most of those in the group drive tankers of petrol, diesel or kerosene to and from Maiduguri – the city at the heart of the Islamist insurgency in the north-east and the capital of Borno state.

Gathered at the Ogere Trailer Park, about 50km (30 miles) north of Lagos, they say they have all been affected by the six-year conflict.

“We are all concerned about the situation, we have all lost relatives, wives and children are kidnapped and houses have been burnt,” says Atiku Abubakar. Speaking in Hausa, he and his colleagues describe the perils of the route to and from Lagos.

It takes two and a half days when a tanker is empty and four and a half days when full. They say it is dangerous enough without the militants to contend with as there are so many potholes. “Ten of my colleagues who ply this route have been killed in the last three weeks,” says Mr Abubakar.

“The militants stopped them and cut off their heads with an electric chainsaw and burned the trucks,” he says.

“Boko Haram is usually only interested in commandeering smaller vehicles, sometimes the fighters will take the lorries, but most of the time they burn them.”

Another truck driver chips in to say that if a driver looks “powerful” he may be kidnapped and conscripted as a fighter, but anyone looking “weak” will definitely “lose his head”.

“If you reach Damaturu by five in the afternoon, you dare not continue on the final leg to Maiduguri,” he says, explaining that a driver may not manage the last 130km before the sun sets, when they would be most vulnerable to attack. 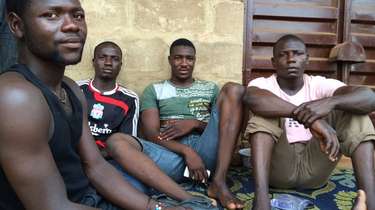 The drivers tend to work for an owner who has about 20 tankers – each vehicle also has about two assistants to help with loading and guarding the cargo, known as motor boys.

As the drivers and motor boys ease into the conversation they begin to open up about how the insurgency has directly affected them.

Driver Trap Bukar says he was in the town of Bama when it was captured by Boko Haram last September.

“It started early in the morning. Suddenly they came. There was shooting, in my presence I saw four people go down; the soldiers fled,” he says.

“I could tell you many unhappy tales,” he says, with tears in his eyes.

But he suddenly gets up and leaves the group and his colleagues say he is too traumatised by his memories to continue.

Kullima Ali, 18, who has been a motor boy for four years, says he is now his family’s only bread winner.

He says it is very difficult to tell the militants from soldiers, as they dress in camouflage – with only their eyes visible.

“They stole some food, killed my two brothers and burned our house in Maiduguri in January 2013,” he says.

“There’s only my mother and my sister now.”

He says he had wanted to go and study science, but he is unable to afford to continue his education.

“Many of the drivers have good qualifications,” says Umar Hussaini, 18, a motor boy who helps his driver brother.

He introduces me to Ibrahim Abdullahi, 25, a former university student who had been studying civil engineering at the start of insurgency.

He has been working as a trucker for the last five years as there are few other employment opportunities for young men, especially in the areas affected by the conflict.

“Yes I am scared, if there was other work I would find another job,” says Mr Abdullahi.

All the truckers express anger about the six-week postponement of the 14 February presidential election and are vocal in their criticism of President Goodluck Jonathan’s handling of the conflict.

Some even refer to him as “the chairman of Boko Haram” – seeing him as complicit in the group’s growth over the years.

Others say his complicity lies in his neglect of north-east.

“President Jonathan is just as guilty as those Boko Haram killers because he has chopped off all the money to repair the roads,” Mr Abubakar says.

Life is now a constant financial struggle for them, he adds.

For each trip, a driver gets a 10,000 naira ($50, £33) living allowance but this might have to last for several weeks as he waits at Ogere Trailer Park for clearance to go into Lagos port to collect cargo.

“I spent four days in the queue in the traffic to the port – I haven’t slept for four nights because I had to watch out for thieves as they remove parts from the vehicle or steal the gas,” he says.

But he is only taking a short break of a couple of hours as he is anxious to put the coming dangers behind him.

“The killings are too much and have been going on for too long,” says his colleague Mr Abubakar.

“President Jonathan is not doing anything. We hope he will leave – we want change.”