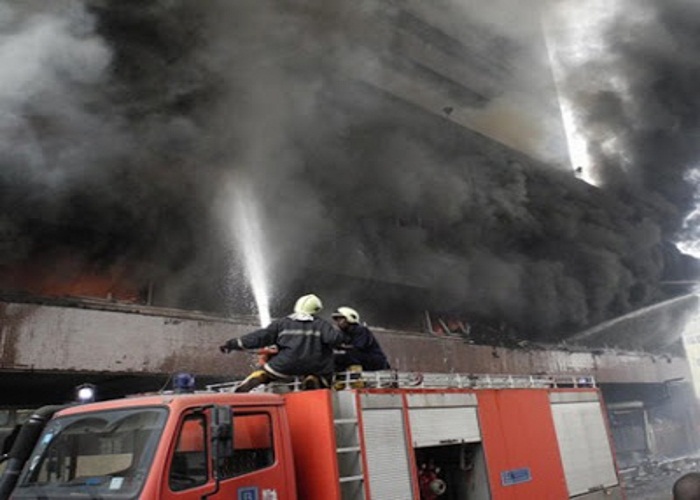 A section of the complex housing Galaxy Television in Lagos was razed by fire on Tuesday December 29. The fire spread so fast it destroyed properties worth millions of naira.

The fire which was said to have started at about 5:30am was caused by an electrical spark from the amoured cable connecting the studio to the station’s mast.
Director of Lagos Fire Service, Rasak Fadipe, who confirmed the incident, said
they got a distress call at about 5.59am and water tankers were immediately deployed to the scene to combat the fire. “What we did when we arrived was to disconnect the electricity. And we were able to put out the fire.” 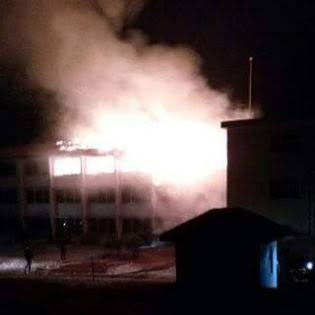 Fadipe expressed worry over the increase in the number of fire disasters recorded in the month of December in the state. He said Lagos has recorded 260 fire disasters between December 1 and 28, 2015, which was over 200 incidents higher than what was recorded in 2014.
Fadipe said residents were in the habit of not calling for help immediately until the fire had escalated and was beyond them.