Prostate Cancer and Alcohol: Is There a Connection? 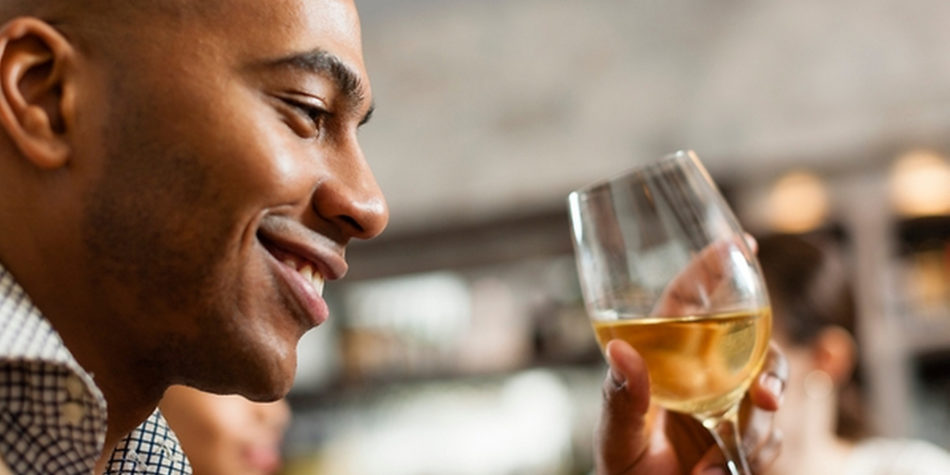 Before we look at the connection between alcohol and prostate cancer, what exactly is prostate cancer? Prostate cancer is the type of cancer that develops in the prostate gland. The prostate gland is a small-sized gland that surrounds the urethra and is located in front of the rectum and underneath the bladder, it is a vital part of the reproductive system that produces and secretes seminal fluids.

Prostate cancer is more common in older men as it usually grows slowly. Usually, the best protection against it is to get tested regularly because if it is diagnosed early, your doctor could make a recommendation to monitor it instead of going straight to treatment. Something else that may help to protect you against prostate cancer is consuming foods that are high in plant-based estrogens and low in fat.

What is the Function of the Prostate gland in the Reproductive system?

The prostate gland contracts during ejaculation, closing off the opening between the bladder and urethra while pushing through semen. During ejaculation, sperm travels through two tubes called vas deferens and seminal vesicles; the vas deferens carries millions of sperm from the testes where they are made, to the seminal vesicles which adds extra fluid to the semen before it sends it down to the urethra.

The prostate gland is responsible for the secretion of semen instead of urine during sexual intercourse.

Prostate cancer is one of the most common forms of cancer for males, it begins when cells in the prostate gland start to grow out of control. During its early stages, it can be easily treated if detected.

What are the Symptoms of Prostate Cancer?

What are the Causes of Prostate Cancer?

Just like all types of cancer, it’s not easy to determine the exact cause, although, some factors have been stated to be involved in causing cancer such as gene and exposure to environmental toxins such as chemicals and radiation. There are, however, other risk factors that could predispose a man to prostate cancer which include the man’s age – there’s significant rise in risk after a man crosses the 50-year mark, race – African and African-American men are most at risk, being obese or overweight and having a family history of prostate cancer.

So if your dad, uncle or granddad had prostate cancer, chances are that you would be at risk of developing it.

Although there’s no definite cause for prostate cancer, it starts as an abnormal growth in the cells of the prostate gland which eventually develops into a tumor and scientists are still unsure why some races are more at risk of developing it than others.

So is there a connection between Alcohol and Prostate Cancer?

Does excessive alcohol intake cause prostate cancer? No, it doesn’t, as we all know excessive drinking of alcohol comes with a lot of baggage but it doesn’t cause cancer, just like I stated earlier, the exact cause of cancer is not easy to determine but alcohol is not one of the factors.

But I can definitely see why a lot of people tend to think that excessive alcohol causes cancer, they both have similar symptoms; erectile dysfunction and excessive urinating, and you can say that’s sort of a connection although it really isn’t but it is possible for people to mistake the symptoms as early signs of prostate cancer.

Not to mention a review in 2016 claimed that men who drank alcohol had a higher risk of developing prostate cancer compared to those who didn’t drink at all, with the risk rising in line with the amount of alcohol consumed. This review was soon debunked when it was found that the data was not reliable because it was from the men who reported their own consumption.

Although alcohol doesn’t cause prostate cancer, it has shown to affect some of the symptoms that it shares similarity to.

It is advised to stay off alcohol if diagnosed with prostate cancer and when receiving treatment in order to maintain a healthy diet and stay healthy. Alcohol deteriorates health and sometimes it stops the medication from working and in some cases increases the side effects.

If one must take alcohol, it is advised to seek advice from a medical professional on whether it is safe for them to drink a little alcohol or not at all.

Scientists are still doing all they can to produce more research on the potential link between an increased risk of prostate cancer and alcohol consumption but we shouldn’t completely rule out the possibility that heavy drinking puts you at risk of developing diseases anyway, so why not cut down?

On the other hand, for those receiving radiation therapy, it is usually safe to drink small quantities of alcohol but here’s the interesting thing. One of the side effects of radiation therapy is that it makes you feel tired. Meanwhile, alcohol also makes one drowsy. Combine those two together and you can imagine the result. Radiation therapy also sometimes causes one to develop a sensitive stomach while spicy foods and alcohol could make this symptom worse.

For those already suffering from prostate cancer, it’s generally safe to drink in moderation but you should still note that alcohol has a way of interacting with your treatments and medications so make sure you seek advice from your doctor or pharmacist to be sure that consuming alcohol will not be harmful to you.

Asides from that, making some lifestyle changes will help you live well even while you are treating prostate cancer. So apart from reducing your alcohol intake, you can try eating a more healthy diet and doing more exercise.