Punishment for playing truant from school, See what a mother did to her daughter (Photos) 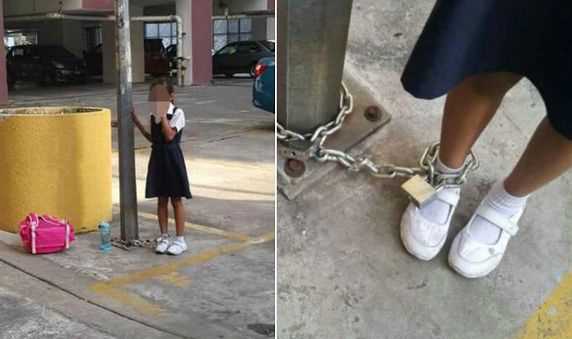 A cruel mum chained her young daughter to a street lamp post as punishment for playing truant from school. The photo shows the tearful eight-year-old child with a metal chain hooked around her ankle and tied to a large metal post. The youngster covered her mouth and looked on with a sad expression after being left there by her raging mother. 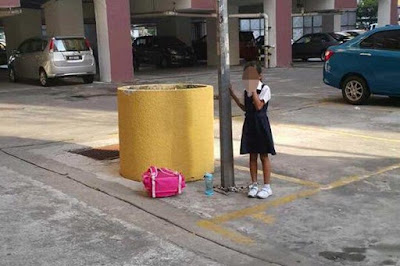 Horrified onlookers heard the girl crying in the car park outside the family’s apartment on Wednesday afternoon. They tried to free her but the thick chain had been secured with two padlocks – leaving the youngster stuck for over an hour before police arrived.

She told cops that her 30-year-old mum had punished her because she failed to attend mandarin classes at school in Kuala Lumpur, Malaysia. The girl had been locked up for around an hour before neighbours called police, who arrived around ten minutes later and tracked down the mum. The unemployed woman was taken in for questioning and later released. 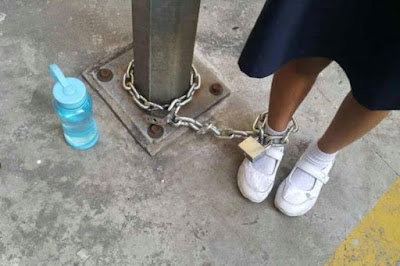 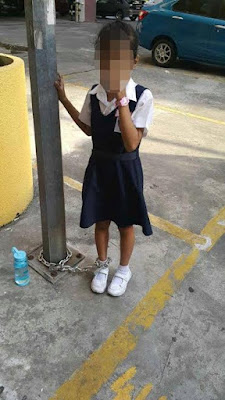 WHATS ON
whats on

Comments to Punishment for playing truant from school, See what a mother did to her daughter (Photos)