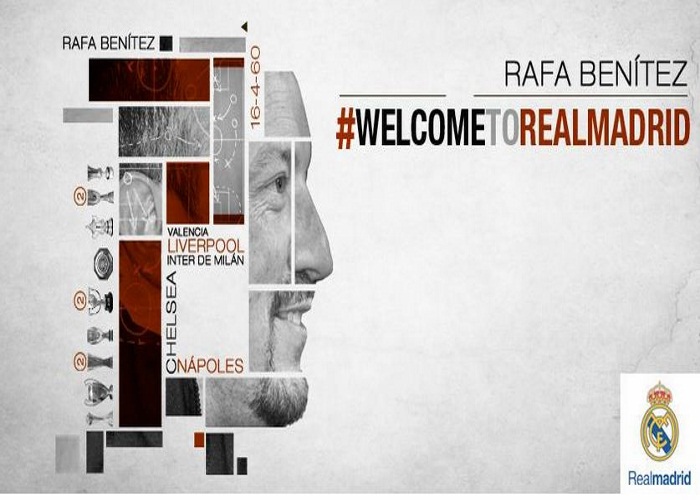 Real Madrid C. F. have confirmed former Chelsea and Liverpool manager,Rafa Benitez as their manager for the next 3 seasons on Tuesday, May 3rd.

His official announcement will take place at 1pm CEST in the presidential box of the Santiago Bernabéu. Following his unveiling, Rafa Benítez will hold a press conference in the press room.