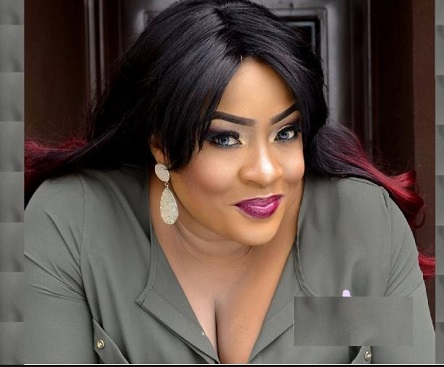 Actress Foluke Daramola-Salako, had in an interview few years ago revealed that she was raped when she was much younger.

In a new interview, the actress recounted how the experience made her become a better mother to her own daughter.

“I always enlighten my daughter about how some men can be when it comes to sex. Even when I am not around her, she always cautions men when they try to touch her in a way she is not comfortable with.  She tells me when she feels harassed by a man. She is out of the country at the moment, and people always call me to ask me how I trained her.

“In my days as a young woman, I couldn’t discuss sex with my mum. Even till now, I still cannot do that because of the orientation I had as a young girl. If my daughter should get deflowered today, she will tell me because we are friends. I started discussing sex education with my daughter when she was six. I didn’t feel it was too early because she had a rapid growth.

“I was raped by my tenant because he thought I was older than my actual age. I am comfortable with my daughter being around men because I have educated her,” she said.

Foluke went on to say that the Federal government needs to enact a law whereby rapists are killed once convicted.

“I believe the government should pass a law against rape; rapists should be killed when they are caught. I don’t call myself a rape victim, but a rape victor.  Rape victims become a shadow of themselves; they have no form of self-esteem, some of them even take their lives. When it happened to me, I thank God I had friends who helped me recover fast. “When I came out to say it, people were shocked, but I am happy that after my interview, people started coming out to talk about their experience. It has been happening; it is just that people don’t talk about it. An abuser is always a product of an abuse. I’ll advise parents to always pay attention to their children and listen to them,” she said