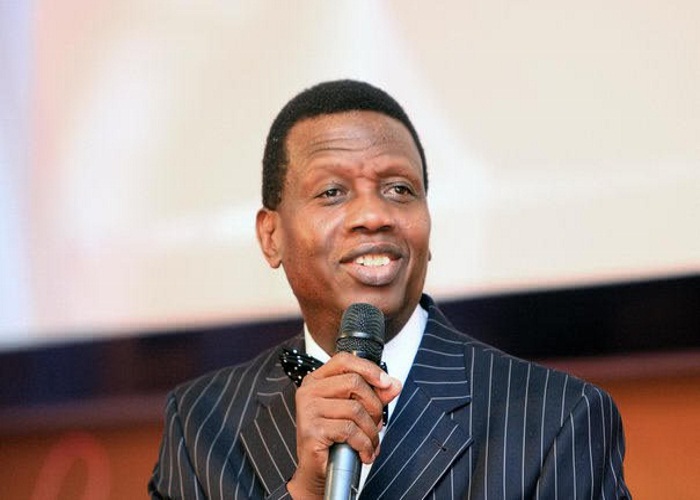 The general overseer of The Redeemed Christian Church Of God (RCCG), Pastor Enoch Adejare Adeboye has once again used his mathematical skills to explain another important issue.

The brilliant mathematician c*m general overseer took his time to talk explain in both mathematical and biblical terms, the two linear equations to success. The general overseer during a programme organised for leaders and potential leaders at the RCCG national headquarters, Throne of Grace Parish, Ebute-Meta in Lagos spoke about how he turns to mathematics even when he does not understand a life situation, bible passages and all. He reiterated how mathematics can explain lots of things.

He used the biblical king Nebuchadnezzar as an example, urging all leaders to be always allow God in whatever they do. He also advised them that in all they do, they should let God, who put them in position of power, lead them. He recollected how he prophesied that members of the church will become presidents and vice presidents, how he said world leaders will come and worship in church and how lots of the members at that time didn’t believe but said amen to the prophecy.

“It is not by your power that you become anything, it is God who gives power and any power that be is from the Almighty God. Whatever you see happening, God is involved and that is why He instructed us to obey those in authority because God puts them there.

“Put your trust and limitations in the Almighty God who is unlimited. Great men are limited by sleep. No matter how strong you are, you will sleep but we have Almighty God who neither sleeps nor slumbers. No matter how powerful you are, you are limited by death, incurable disease but thank God who always heals our infirmities ”. “It takes the Holy Spirit to make the impossible possible. Several years ago, when the Redeemed Christian Church of God was still very small and I mean very small, I told them what God said that presidents will come here to worship but their amen was very weak.

“I moved further to say that God says more than that. God said presidents will be members of the church. They will be ushers but the members then find it difficult to swallow that but mark my words, whenever God speaks, the Holy Spirit sanctioned it. “Also in our London church which was fewer than us here in Nigeria, I told them that royalties will come to the church and worship; they giggled and said amen. I went further that God said nobody will be in government without our permission and they laughed”, he said

Just few days ago, the vice president of Nigeria, Yemi Osinbajo, and pastor Enoch Adeboye called on Nigerians to be honest in everything they do.