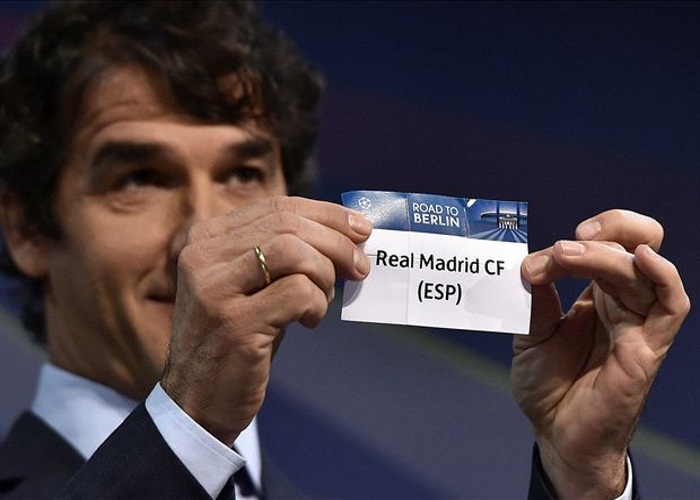 The Clasico rivals could meet in the quarter-finals after making it to the last eight, with the ties set to be unveiled on Friday.

Real Madrid and Barcelona will learn their Champions League fate with the draw for the quarter-finals taking place today.

The Clasico rivals who will meet in a crucial league clash on Sunday at the Camp Nou are among the final eight teams remaining in this season’s competition, and could find themselves coming up against each other once more.

It is at the quarter-final stage that the country protection ruling is lifted, meaning an open draw takes place in which clubs from the same nation can find themselves squaring off.

Atletico Madrid are also in the hat after their penalty shoot-out success, with hopes of going one step further than last year when they lost in the final in Lisbon to local rivals Real Madrid.

Besides the Spanish trio, there will be two French sides in the last-eight draw for the first time since 2010 thanks to Paris Saint-Germain and Monaco’s qualifications following away goals victories in the round of 16.

The draw is completed by Italian champions Juventus, German kings Bayern Munich and Portuguese side Porto, with first legs to be played on April 14/15 with the return fixtures occurring the following week.

This year’s Champions League final will take place at the Olympiastadion in Berlin on Saturday, June 6.