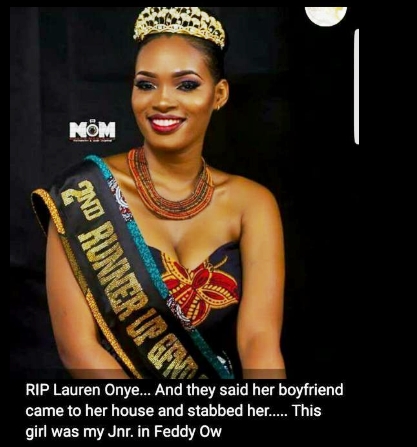 New investigation has unveiled the truth about the death of a young lady identified as Lorraine Onye, who was reportedly killed by her Naval officer boyfriend in the Borokiri area of Port Harcourt, has emerged.

In May 2018, the body of 22-year-old was found in her Naval officer boyfriend’s official quarters in Borikiri, Port Harcourt, Rivers state, and the boyfriend Lt. Abubakar Yahaya Yusuf was no where to be found. 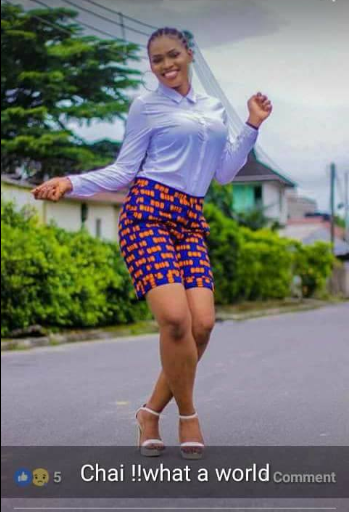 At the time, it was suspected that Lt. Yusuf had stabbed Lorraine, a 300 level student of Rivers state university, because she refused to accept a breakup from him, and he was on the run after killing her.

However, investigation has revealed that Lt. Yusuf was not on the run, but had also been killed and burnt.

It was gathered that the Operatives of the IGP-Intelligence Response Team arrested Lt. Yusuf’s houseboy, 28-year-old Taddues Jaja, following the death of Lorraine and the disappearance of Yusuf. 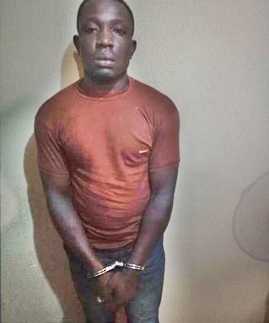 During interrogation, Jaja confessed that he murdered Lorraine during an argument. Afterwards, in a bid to cover up his crime, he also murdered the unsuspecting officer by poisoning his drink with an overdose of a drug named “Talen”.

Jaja went on to send a text message with the late officer’s phone to a friend of Lorraine named Joy. In the message, Jaja wrote that the Navy Officer had murdered his girlfriend over a dispute. Jaja then proceeded to dispose of his boss’ body by driving it to a forest in Ubima where he burnt it. 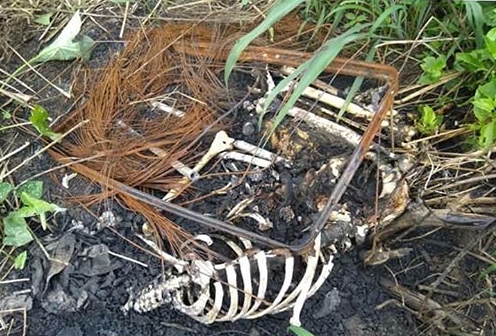 After his confession, Jaja took operatives to the forest where he burnt Lt. Yusuf and the officer’s carcass was found burnt beyond recognition. With the aid of a pathologist, the remains were recovered and deposited at UPTH mortuary.