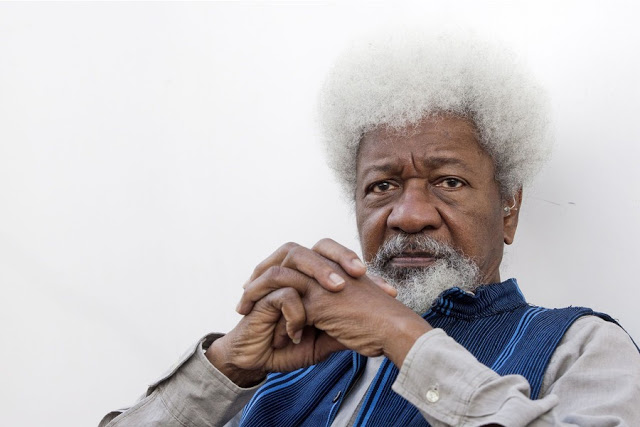 Nobel laureate Wole Soyinka, yesterday slammed President Muhammadu and Kaduna State Governor Nasir El-Rufai’s handling of the killings going on in Southern Kaduna, where no fewer than 808 people have died.

Speaking at the launch of the book, Religion and the Making of Nigeria, in Abuja, Thursday,he said

“Religion in the history of this continent has been a disastrous venture, a disaster in many zones and continues to be even so today. In this very nation in Southern Kaduna, over 800 souls were brutally extinguished suddenly while the issue of grazing lands versus farming is unquestionably part of the conflict, it is equally undeniable that religious differences have played crucial role in the conflict.“And yet some weeks before the latest outrage, the governor of that state was quoted to have claimed that peace was nigh since he had sent funds to the earlier wave of killers and they had agreed to end their killing spree.

“What astonished me was not the admission by the governor but the astonishment of others at such governmental response to atrocity. There was nothing new about it. Has appeasement to religious forces not become a Nigerian face of justice and equity? “First lethargy and then appeasement. Wasn’t Boko Haram’s Muhammed Yusuf not a beneficiary of appeasement in a similar fashion? “Southern Kaduna has reminded us once again that the monster always lying waiting to pounce under the guise of religion. “If you ask why General Buhari did not act fast enough when these events take place, which degrade us as human beings, well it is perhaps he has been waiting for the governor of that state to send money to the killers first for them to stop the killing.