Reuben Abati- We challenge Buhari to a debate 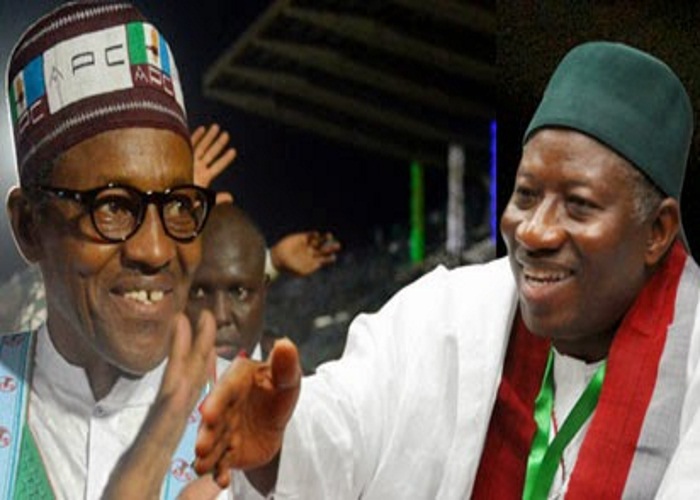 The last time Nigerians enjoyed something really close to an exciting Presidential debate was during the 1993 Presidential elections. I recall the colourful and memorable encounter between the late Chief MKO Abiola of the Social Democratic Party and Alhaji Bashir Tofa of the National Republican Convention.  At the end of that debate, it was clear who among the duo was better experienced, much more intellectually capable and more endearing to the electorate in terms of readiness for the job being applied for. That is what a debate, under these circumstances, is: it is a job interview.

The entire country is the panel and whereas actual measurement of impact may be tentative, especially in a developing country where there are challenges of illiteracy and access to mass media, the performance of the candidates ordinarily reshapes the conversation and can significantly influence voters’ choice. Unfortunately, in the lead up to this year’s Presidential elections, it seems certain that voters will be denied this opportunity for comparison, assessment, interaction, not to talk of the excitement and drama.

The man to blame for this denial is General Muhammadu Buhari, the presidential candidate of the All Progressives Congress (APC). Getting him to debate the incumbent, President Goodluck Ebele Jonathan has been an uphill task.  To say that the man is scared, practically running away from an opportunity to debate his ideas against the incumbent’s, is to be charitable.  He doesn’t want it. Every effort to get him to the podium has been rebuffed by him and his handlers.

President Jonathan received, ahead of the INEC rescheduling of the dates for the 2015 elections, two requests for a Presidential debate. The President enthusiastically accepted and looked forward to both debates. But General Buhari was not interested. There is no gainsaying the fact that President Jonathan and General Buhari are the main contenders in this election. Every Nigerian would love to see the two of them debate. That would be good for our democracy.

The first group that approached President Jonathan was represented by John Momoh of Channels TV; Emeka Izeze of The Guardian, and Nduka Obaigbena of ThisDay, Arise TV and the Newspapers Proprietors Association of Nigeria. They said they were in talks with the APC. They needed us to agree to a debate. We checked our campaign schedule, and since Sundays were left free for review meetings and further consultations, we suggested that a Sunday date would be most convenient for us. That was when the drama began. The would-be organisers soon informed us that General Buhari did not want a debate on a Sunday, because according to him “he does not work on Sundays.”

I thought that was rather odd. President Jonathan works every day. The job of a President is a round-the-clock, all-year-round engagement. If a Sunday date would be inconvenient, may be a Monday then. Feedback from the Buhari camp: Monday was not okay either. Eventually, the contact persons reported that a Tuesday date had been agreed upon. This coincided with a day when we were supposed to have rallies in two states of the North. Nonetheless, President Jonathan directed that he will keep the date, and that rallies for the day should be fast-tracked. We adjusted our schedule and intensified preparations for the Jonathan encounter with Buhari.

Two days to this debate that would have been, I received non-stop frantic calls from the troika of Momoh, Izeze and Obaigbena. There had been a development, they said. The fresh development was that they had met that same evening with General Buhari and he did not agree anymore to a debate with President Jonathan. Rather, he wanted a town hall meeting, in which he would be the sole participant. Another town hall meeting could be organized the same day for President Jonathan and both could be aired back to back. That was his request and wish. Momoh and Co wanted the President to agree to this.

They’d rather have the two candidates say something on whatever platform than say nothing at all. The President’s response was that a town hall meeting is not the same as a debate. He wanted a face-to-face debate with General Buhari. He also told Messrs Momoh, Izeze and Obaigbena that if he wanted a town hall meeting, he could always ask his Presidential Campaign Organization to arrange it. And General Buhari was in a position to organize his own town hall meeting as well. Should there be a change of mind and an opportunity for a proper debate, he, Jonathan, would be available at the shortest notice. We haven’t heard from the trio since then.

One of Buhari’s spokesmen later announced that he was pulling out of that particular debate because the organisers had been “compromised” by government and the integrity of the debate platform they were offering was therefore doubtful! Questions: The same media houses that grant APC disproportionate amount of attention, and which they patronize to push their propaganda? And who are the media managers on the APC side questioning the integrity of their old-time comrades, and one-time fellow hunters just so they could be seen to be committed? I leave these posers to the well-known parties involved to sort out among themselves, as they surely will when all of this is over.

The second group that invited us to a debate was the Nigeria Elections Debate Group, anchored by veteran journalist Taiwo Alimi in conjunction with a few media houses.  The NEDG has been organizing election debates since 1999, and has been so successful that it has been invited to do the same thing in other West African countries. The Buhari camp again rejected this invitation on the grounds that the media houses involved were pro-government and therefore partisan.

But of course, the puerile protestations of Buhari’s handlers are meaningless. A debate is what it is: an intellectual duel requiring skills, knowledge, comportment and the ability to persuade the listener.  The medium may even be far less important than the message and the messenger.  I have no doubt that Buhari’s handlers have enough sound knowledge of this elementary truth, but they are insecure. Each time they are asked to produce their candidate for a debate, they invent a ridiculous reason.

Obviously, General Buhari seems to be afraid of engaging every other Presidential candidate. He needs to be reminded that a Presidential debate will not require him to work out on a treadmill, or jog the distance, or recite the national pledge, or spell his running mate’s name. President Jonathan was and is ready. With Buhari fleeing the arena with his tails between his legs, there were suggestions that the President could end up debating other candidates from “smaller parties”, but he waved this aside, insisting that every candidate is important. As it then turned out, INEC rescheduled the election dates just the night before and the NEDG group on their own, postponed the debate.

It is worrisome that any Presidential candidate will shy away from a debate out of timidity and fear of inadequacy. And yet a President’s work is one of perpetual debate. He will have to chair meetings, where ideas will be expressed and he must understand what works and may not. He will attend international meetings where he is expected to contribute to discussions, often in the format of a debate.  Without that ability to assimilate, process and discuss ideas, nobody should be trusted with even the management of a local council not to talk of the whole of Nigeria.  A debate also provides a candidate at this level, an opportunity to communicate his vision of leadership, and to explain to the electorate in his own voice, why he deserves their vote.

General Buhari needs to come out of his comfort zone and undertake this test. He has been campaigning on the issues of security yet his supporters preach hate and violence. He talks about the economy yet he couldn’t at a town hall meeting differentiate between the excess crude account and the foreign reserve. He projects himself as an anti-corruption angel yet he is surrounded by a large crowd of morally conflicted persons; to worsen it all, he doesn’t even know the name of his own running mate. When he grants interviews, his responses are cryptic and elliptic, demonstrating such shallowness that confuses an informed audience.

His deliberate avoidance of a Presidential debate is akin to an act of examination malpractice. It is not good enough for a man who wants to be President of our country. He is short-changing the Nigerian electorate by denying them the opportunity of assessing him properly in an open debate.  While a Presidential debate is not a constitutional requirement, it is an established convention that deepens and enriches the democratic process.

President Jonathan is ready to meet him in an open debate, any day, any hour, and at any venue of his choice.   We invite General Buhari to take up the challenge.