REVEALED: 2face Rejected N100million and Offer to Contest For House of Representatives Seat During #VoteNotFight 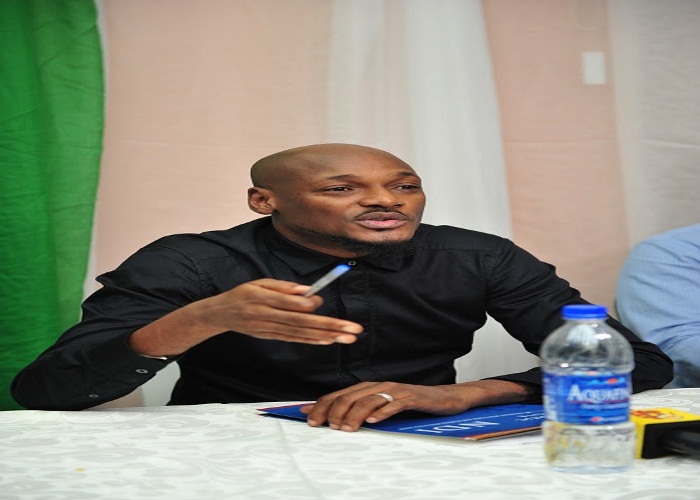 The ‘Vote not Fight’ campaign which was an initiative of The 2FaceFoundation and Youngstars Foundation is a voter education campaign targeted at the Nigerian Youth. Its major goal was to sensitize Nigerians to shun violence and embrace dialogue before, during and after the 2015 elections. Asides from regional tours and grassroot engagements across the country, there was a special musical video and PSA that was shot with support from Spinlet and a lot of social media activities.

The general consensus at the review session is that the campaign was a success. Various speakers cited the minimal incidence of violence across the nation during the 2015 general elections unlike elections in the past as a major reason reason. Additional reasons also include findings from a research carried out by the National Democratic Institute which shows that the Vote not Fight campaign reached sixty eight million (68,000,000) Nigerians through the media.

The Transition Monitoring Group (a coalition of Nigerian societies who observed the elections) also reported that the ‘Vote not Fight’ was prominent in the seven hundred and seventy four local governments in the country. The hash tag #VoteNotFight was a trending topic on Twitter on the days before, during and after the 2015 elections.

According to 2Face Idibia, one major reason for holding the review session was to recognize the positive side and short comings of the campaign with a view to re-enacting it before the next elections. He also revealed how he had to reject an offer to contest for a House of Representatives seat and numerous offers for shows (partisan and non-partisan) which ran into about One Hundred and Fourteen million naira (114,000,000). He closed the session thanking Nigerian media houses for offering major support and ensuring the success of the ‘Vote not Fight’ campaign.