Robert Mugabe’s wife urges him to name a successor 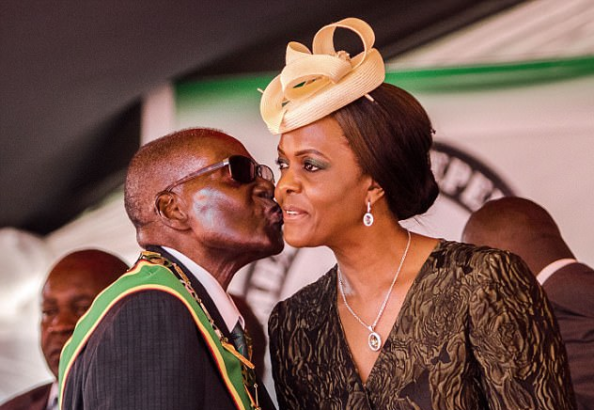 52years old, Grace Mugabe, told members of the ruling ZANU-PF party women’s league that naming a successor ‘will enable all members to rally behind one candidate’.

The world’s oldest head of state, who has led Zimbabwe since 1980, has repeatedly refused to name a successor and says he will take part in next year’s election.

His wife has previously said her husband could ‘rule from the grave’, adding: ‘If God decides to take him then we would rather field him as a corpse’.

“President, don’t be afraid,’ Mrs Mugabe said. ‘Tell us who is your choice, which horse we should back.
‘If you tell us the horse to back, we will rise in our numbers and openly support that horse. Why should our horse be concealed?

‘I live with this elder. He has wisdom. He is not talkative but he knows what he wants… Mark my words, his word will be final.’

This is the first time Mrs Mugabe has publicly urged her husband to name a successor, although she did not say whether her statements were aimed at next year’s election.”