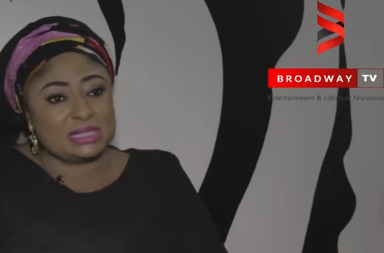 In a recent interview with Broadway TV, Busty Yoruba nollywood actress Ronke Oshodi Oke spoke on the reason why most celebrity marriages are crashing. According to her, a marriage cannot work when the woman is the one providing the finance that runs the home. She argued that a marriage where the woman is the one paying the utility bills, providing the school fees of the children, food and other important things cannot work.

Read her reply below: