SO SAD! 23-year-old lady dies on her way to own wedding (Photos) 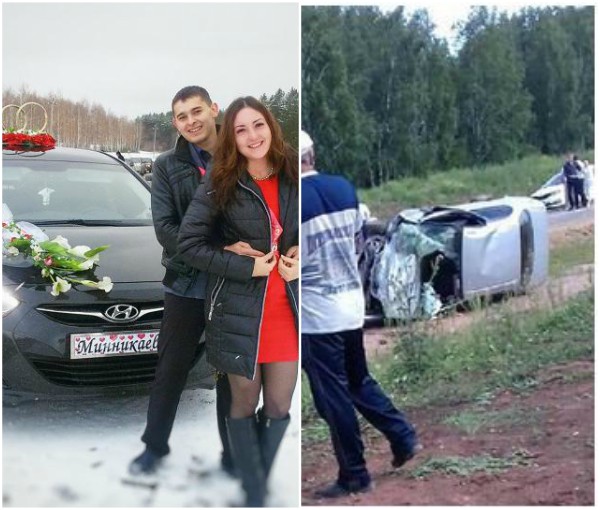 23-year-old bride,Guzel Zakirova, was crushed to death while on her way to her own wedding in Russia.

The young bride who was on her way to the civil ceremony after getting her hair done and was confirmed dead at the scene of the crash.

According to The Sun UK, the lady was driving with a friend to meet her husband-to-be 26years old,IInar Shafikov, when a 31-year-old man rammed into her car in Bashkortostan.

Her female passenger who sustained serious injury was taken to a hospital alongside the man who crashed into bride’s car.

Her relatives consequently organised a funeral instead of the intended wedding.

May her gentle soul rest in perfect peace!

Comments to SO SAD! 23-year-old lady dies on her way to own wedding (Photos)