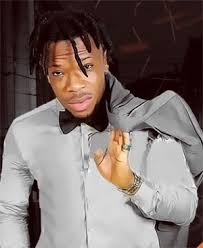 Mr Real, “Legbegbe” crooner, in a recent interview with Saturday Beats has expressed his regrets at the fact that his father did not live to witness his music career success.

The singer, who became a street sensation after his song “Legbegbe” became a hit, also revealed that his family members including his father were against him becoming a musician, saying that he was wasting his time.

“There was no time I thought of leaving music despite the pressure I was getting from my family members then. For me, music is part of my existence as a human and there is nothing else I can do better than music. When I was not making money from music and things looked stagnant, my father wanted me to try other things. It was a serious issue at home.

“I cannot blame my father because he wanted the best for me; I am his first child. But I insisted that it was music or nothing. It was not easy to stay focused as I got frustrated by my family members. At a time, I stopped visiting family members because they were always advising me to find something better. To them, I was wasting my time and it was high time I tried other things. I felt it was better I stop visiting because I didn’t want to leave music.

“My father is no more; he died last year. I feel bad that he is not alive to see my growth in the music industry, but I am certain he would be happy for me. My mother died years ago too. But I have six younger siblings to look after.

“Though my parents are dead, other family members, who wanted me to quit music, can at least see that my consistency has finally paid off. Once you believe in yourself, the sky is your limit and nothing can stop you,”