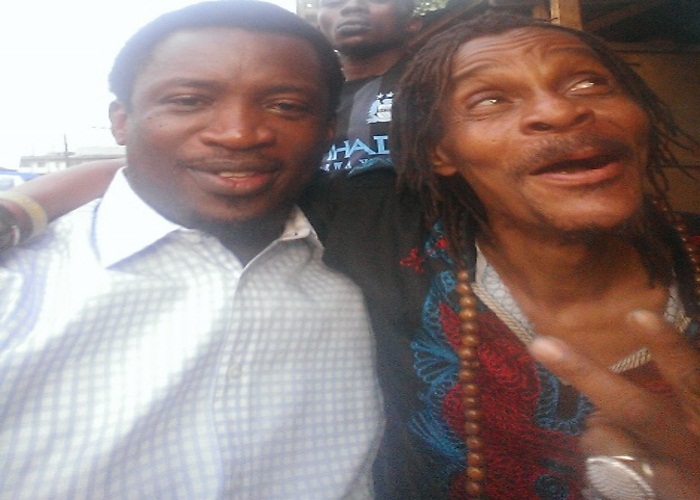 Investment banker and Blogger Joseph Edgar ran into Nigerian music legend Majek Fashek this morning in Lagos on his way to work. The story he shares is quite sad. Read below…

On my way to work this morning, I spotted a loony figure. Pants sagged, dirty black underwear showing, a caftan perched precariously on his extra lean shoulders, shock of long unkempt dreadlocks cascading down his head and teeth yellowed by years of hard living and a face still surprisingly handsome despite the ravages of illicit living. This was Majek, my hero, the one who brought down the rain. 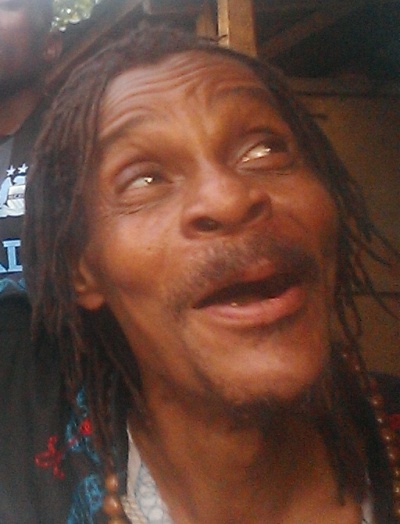 He it was who redefined Reggae and in that one album forced us to look deep into our consciousness, calling us prisoners of conscience. He it was who took that Bob Marley piece, Redemption Song into the sublime. He infused it with his pangolo rhythm and turned it into an anthem of social and spiritual awakening. Majek was a god, strong Adonis like looks, talent yet to me replicated in our clime and charisma of the gods.

This same Majek, I just saw like that in Fadeyi, begging for ogogoro becuase he did not have 100 Naira to pay for it. I stopped brought out 1,000 Naira and was immediately struck by confusion. Should I give him this money and contribute to his death or should I refuse him and watch him throw a tantrum like a disposed toddler. He saved me the dilemma as he grabbed the money from me and rushed to the ugly, black dirty merchant of death, who gleefully poured him a glass full.

Majek downed the drink and hugged me like I had just saved him from the hang mans noose. I looked deep into his eyes and saw a lost soul. He was actually begging for help, the demon inside of him peered at me from his once very beautiful eyes, daring me to do my worse. Assuring me that he had no intention of leaving this host until it finished it’s dreadful task of killing him ever so slowly.

He called me a fine boy and wished he was as good looking as I was, I laughed. A laugh that was more of pity, a laugh that was laced with internal cry of pain. A pain that cascaded through every pain in my body. If only I had one tenth of this talent, I would be far from fadeyi begging for N100 worth of ogogoro.

Did we fail him as Nigerians, did we put an umbrella over the Rainmaker, did the flood of his talent wash away his life, what can be done, do we continue watch him make a mockery of a Life once blessed?

Majek in his destitution represents Nigeria. Blessed with more than enough resources., rich in human capacity, more fertile land than the whole of Asia and filled with gifted and talented people, but yet beggerly and poor. Daily our leaders go to ‘jibowu’ to beg poorer countries for aid, for debt forgiveness. The contradiction never leaves me. Japan with no known Natural resources is so developed that we can only look in shame.

Majek with all the talents of a thousand people, begging the woman who can’t lift a finger beside him for N100, Majek being laughed at by miscreants and being mocked with so much joy by those who were not half as blessed by God.

What can I do, but to write this piece and just walk away, lest his guest demon attempt a move on my life. I saw it and felt it look into my soul and with one withered hand, offered me a shot of the Devils brew. A shot I knew would throw me into the darkest pits of Majeks torture, a shot that will take me spiraling down the tunnels of oblivion, destroying the innocent dependent lives of my children while giving Majek solace that he has finally found a room mate albeit a very reluctant and scared one.

I pray for you sir.  I pray God gives you peace. God bless you Majek.

Joseph Edgar is an investment banker who writes as a hobby. (The photo above was taken this morning)