So sad! Young boy dies after being bitten by snake in his school in Delta state 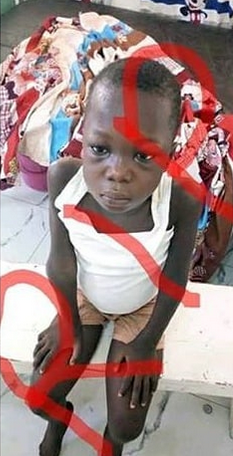 A young boy identified as Best has lost his life after being beaten by a snake in his school at Sapele in Delta state.

According to reports, the boy never informed the parents after the snake bite till it got serious. He was said to have been taken to two other hospitals before the parent settled at Obule Medical Centre where he passed on earlier today.

Reporter Olofofo Unugbragada who visited the boy in the hospital shared his ordeal. Read below;

“Precisely that evening I paid a visit to Best at Obule Medical Centre, looking at the little boy my heart was filled with fear and tears, I felt that way because the boy was looking pale and the way his eyes were moving; I was very familiar with it, I have been around a few years and have seen the breath of different people seize after staying few hours with such eye looks. I summoned courage and interviewed the parents (Both father and mother)

That night I tried all I could to see the Dr in charge but all I could get was that he was in the theater, I told them to make available another Dr, but they said all their Doctors were busy working on a more serious issue right in the theatre (And I asked myself, could the case of the person inside the theater be more serious than this child or it is because the parents of this child are not financially healthy to meet up with the financial requirements of the hospital management?)

I waited for hours all to no avail, then I eventually left to return the next day, I was hoping I could meet with the medical personnel so I can get a thorough information about the state of the child. Because the child I saw was looking pale with swollen eyes and stomach, to me this certainly is not good at all, there was more to it and I intended finding out.

What got me angry most was that they have a debt of N80,000 on ground already to pay, and I began to ask myself what treatment was given to this child, is it treatment for the snake bite or something else? But all I knew was that the child I saw was practically half way down so I wanted a justification for the outrageous amount and what need to be urgently done to remedy the situation, but Alas, the child died in the early hours of this morning.

May his soul rest in perfect peace.