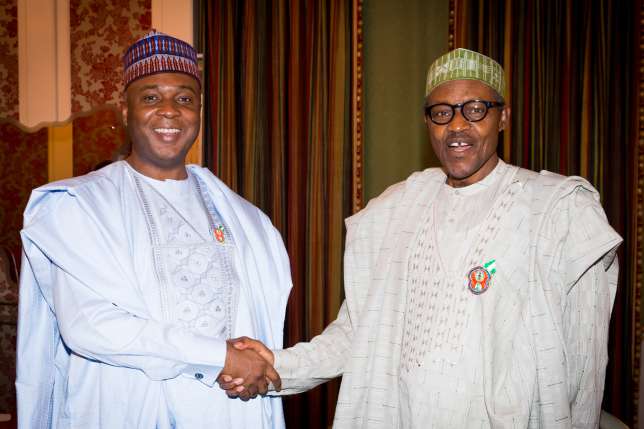 Senate President, Bukola Saraki, is set to declare President Muhammadu Buhari’s seat vacant, if the ailing President fails to show up, in the next 18 days.

This came into consideration on Wednesday, when a pro-democracy group laid bare plans to commence a daily sit-out at the National Assembly in 18 days, if the Legislature fails to respond to the health problem of Buhari, as prescribed by the 1999 Constitution.

In a statement released by its leader, Deji Adeyanju, and Secretary, Dr. John Danfulani, the group noted that “Buhari has now been absent from office, and from Nigeria for 72 days, and if the situation remains unchanged, it would commence the sit-out on the 90th day of his absence”.

“72 days is too long for a Commander-in-Chief to be away from his country, without any explanation to the people that voted him in”, the group said.

“We hereby, demand that the National Assembly invokes Section 144 (4) of the Nigerian Constitution, and direct the setting up of a Medical Panel, in conjunction with the Acting President, Professor Yemi Osinbajo, to ascertain whether the President is incapacitated”, the statement continued.