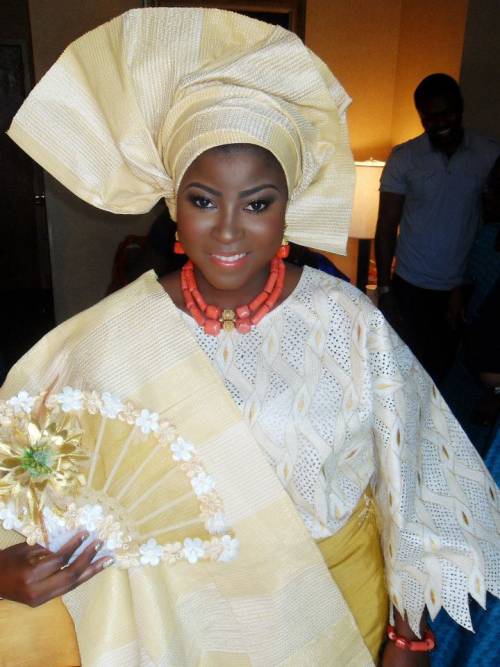 Abiola Aiyegbayo Omishore, the wife of the Special Adviser on International Relations to Senate President,Mr. Bamikole Omishore is currently being investigated for allegedly engaging in ghost worker scam.

According to spokesman for the EFCC, Mr. Wilson Uwujaren the Commission has begun, “taking necessary action” on a petition against Omishore and his wife.
Uwujaren said, “I can confirm that the petition is before the commission and receiving necessary attention.”

Report revealed that the probe was part of a wider investigation into allegations that lawmakers and their aides diverted billions of naira from the National Assembly coffers under the guise that the money was meant for the payment of non-existent workers.
Documents submitted to the EFCC showed that Omishore, who has been working with Saraki since 2015, allegedly listed his wife as a grade level 12 employee of the National Assembly, though she is a nurse in the United States.

The petition, signed by Abba El-Mustapha on behalf of Youths United against Corruption in Nigeria, claimed that Omishore’s wife had been collecting salaries to the tune of N150,000 for nearly three years through her Guaranty Trust Bank account 0147896921 with the name ‘Abiola Aiyegbayo’.

The petition read in part, “Documents made available by a whistle-blower showed that Mr. Bamikole Omishore, one of the aides to Senate President Bukola Saraki, has made millions of naira through the complex but criminal scheme
“Further information gathered revealed that Mr. Omishore, since his appointment, has purchased prime properties in Abuja and Lagos respectively. Our search in the Abuja Geographic Information Systems revealed that since his appointment as a special adviser, Omishore has purchased prime properties in Abuja and Lagos.
“Omishore registered his US-based wife, Abiola Omishore, on the payroll of the National Assembly, using her maiden name, Abiola Joy Aiyegbayo. Her social media accounts and even posts by her husband prove that she is not based in Nigeria.”

The petitioner was said to have further alleged that Omishore’s wife had an identity card showing she was an employee of the National Assembly, while all her profiles online never reflected that she had worked with the Assembly.

According to the EFCC, the petitioner sought an immediate probe into the matter and for the commission to expand its scope to “save the nation billions of naira.”

Incidentally, Saraki had last year sacked over 100 of his aides, most of which he claimed were inherited from his predecessor, Senator David Mark.
Saraki has, however, failed to mention how many aides he has.