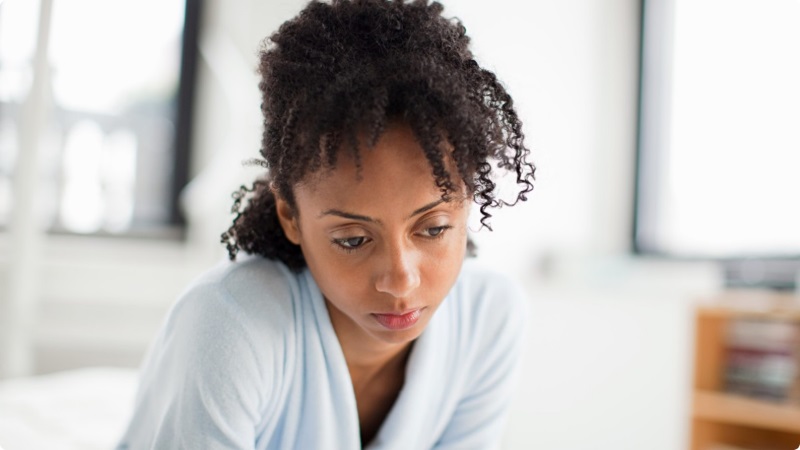 My ex husband and I were married for 11 years. I got married at the young age of 22. He was 31. He financed some part of my schooling because we met while I was in 200 level. Throughout the 11 years,there wasn’t any peace of mind in the marriage.

There was pressure on me to have a baby. I believed it was other pressures from school that prevented them from giving me more pressure however as soon as I managed to graduate, and still no pregnancy. That made my hubby become really mean to me. He accused me of being an adulterer. That I had so many abortions that’s the reason I failed to get pregnant.

ALSO READ: My Husband Joined A Cult & Tried To Sacrifice Us

Mark you,my hubby was the one who disvigirned me. He started cheating and ignoring me. Any time he came to me,it was to rape me and call me all sorts of insulting names. I became depressed. Going from prayer house to prayer house.

My hubby in the end kicked me out after 11 years.I rented my flat after staying with my parents for 4 months. I met a man who was once in my school but different department. We dated for a just one month, I missed my period. I was pregnant.

I was shocked because I thought I was truly barren. I told the man I was pregnant, he told me to abort it. That he has a fiancee which he did not tell me when we met. I told him I will not because I have been without a child for 11 years. I take this to be God blessing me,I can not remove God’s blessing to me.

He in the end accepted I should keep the baby. Now,I thought things would be different but he spends much time with me even though he has a fiancee. He said he cant keep away from me,he loves me so much. I love him too. I just don’t know why he wants me even after all this.

He is planning his wedding yet he spends the night with me every Tuesday and Friday. His fiancee is also pregnant. I do not like men who cheat so I told him we have to stop seeing each other yet he refused. He said he is marrying the fiancee because its a taboo in her place to be pregnant without being married. That he will leave her after the marriage.

I didn’t agree with his plan so he gave me a ring to show how serious he is…he also said I will be his second wife. But that after a year or so,he will leave the other lady because he does not really love her like he loves me. I think he is mad. I would not want to be a second wife. However I see he is extremely serious.

ALSO READ: think I made a massive mistake divorcing my wife.

He takes very good care of me and provides me money however I wouldn’t want to be a second wife. My parents are happy and they already call him in-law. But the fiancee is not aware about me. She is due like 4 months before me. I am finding it hard to live with myself.

I discussed with my parents but they say I am just being stupid. That no man will marry me with another man’s child,so I better settle for my baby daddy. That its better to be a second wife than being a single mother. Please advise me. I never in my life imagined I would end up as a second wife…