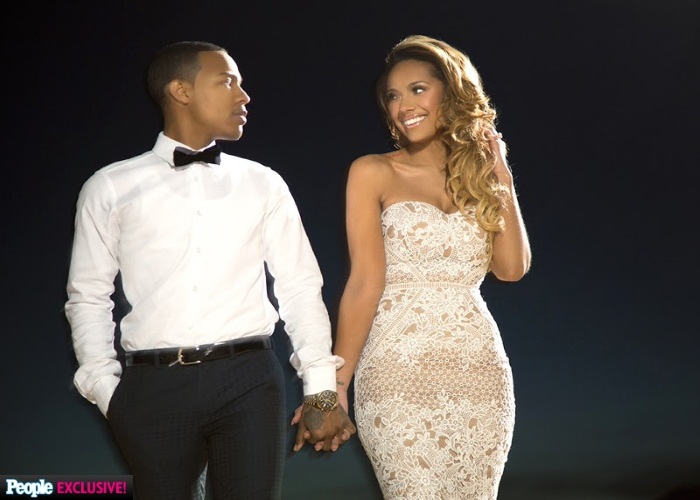 Shad Moss (aka Bow Wow) and Erica Mena may have already tie the knot.

He posted an update on Facebook that seemed to suggest that he and Erica may already have gotten married! Earlier today, he put up a screenshot of Erica in a wedding gown and a message to his bride.

An earlier post ended with Shad stating that Erica is “OFFICIALLY MY WIFE!”

Bow Wow didn’t drop any hints about when he and Erica may have gotten married, but it may have been within the last few days. He wasn’t wearing a wedding band on his left hand in a shot he posted on Instagram on March 21.

Erica has neither confirmed nor denied buzz about her updated marital status at this time, so the masses may have to wait until the “Love & Hip Hop” season 5 reunion to find out for sure. If it’s true that they have tie the knot, i personally wish them a Happy Married Life!!!!