See Photos of the Fattest Python You will Ever See! Workers Thought It was a Tree Trunk 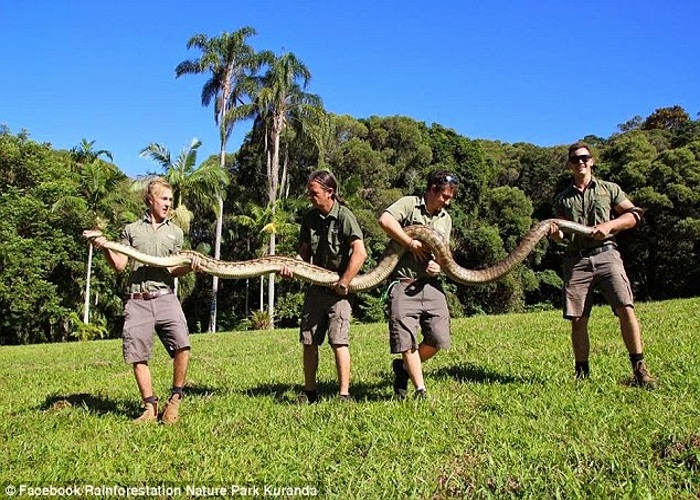 Wildlife experts were shocked to discover the ‘fattest snake you will ever see’ in tropical Queensland.

According to DailyMail, the scrub python, found near Kuranda in far north Queensland, is more than five metres long and weighs in excess of 50kgs. Two workers at the Rainforestation Nature Park discovered the snake in the middle of the road, after first thinking it was a tree branch. It has now been nicknamed ‘Scrubby’.

‘Because it was quite cool it was quite docile. So they grabbed it and put it in the back of the ute so it didn’t get run over. We have heaps of scrub pythons up here – they’re very common in this part. But nothing that size, that was just incredible. You find them two to three metres long … sometime a bit bigger. But never one that fat.

They’re generally very thin pythons, like a rainforest snake, where as this was really thick, very well fed.’

Mr Grantham estimated the python to be at least 50 kilograms and perhaps 20 years old.

“To survive that long is pretty amazing … they generally end up in chicken coops, grabbing the family pet and end up on the end of a shovel.”

Photos of the catch were uploaded onto social media, and quickly went viral as amazing users shared the astonishing images.

The scrub python is Australia’s largest snake, with most growing to between three and seven metres.
They are known to mostly eat small reptiles, mammals and bird, but in some cases they prey on animals the same size or larger than the snake itself. 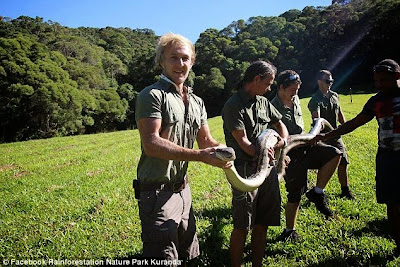 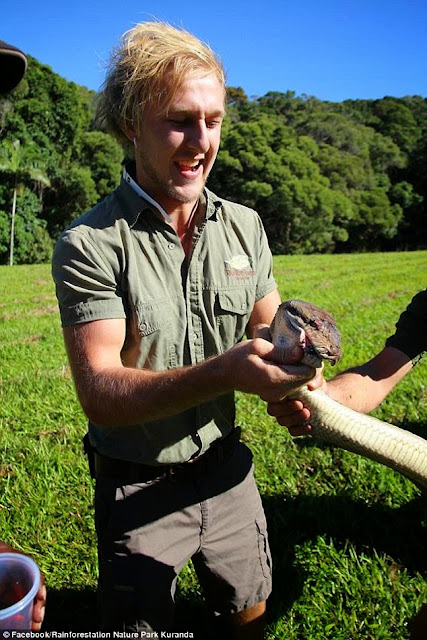