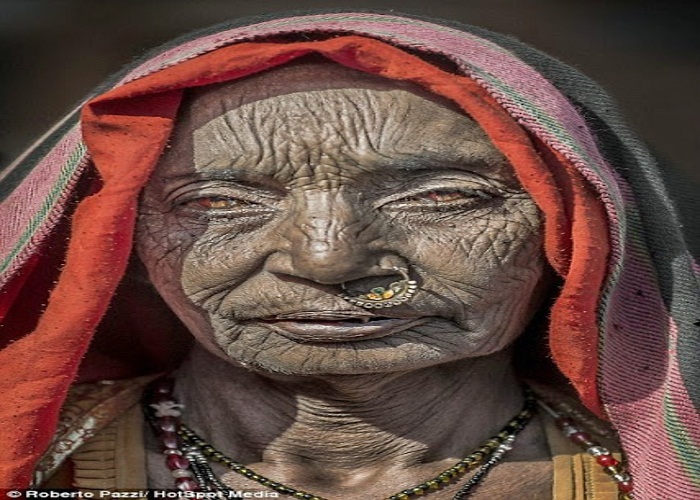 Faces creased with wrinkles well beyond their years, smeared with a mixture of religious pain and dirt, this is the picture of what poverty looks like for millions of Indians who often survive on as little as 33 pence per day.

From Hindu priests making holy gestures while clothed in brilliantly coloured turbans, to grey-haired women begging for change on the streets, these stunning portraits were captured by Italian photographer Roberto Pazzi.

According to DailyMail, the 42-year-old spent three weeks in the Asian country photographing people of all ages in the suburbs of a number of cities, including New Delhi, Jaisalmer, Jodhpur, Udaipur, Jaipur, Agra, Varanasi and Kalkota.

Roberto says he was captivated and humbled by his subjects, who live in a country which, according to the World Bank, has 179.6 million people struggling to survive below the poverty line. See more pics below. 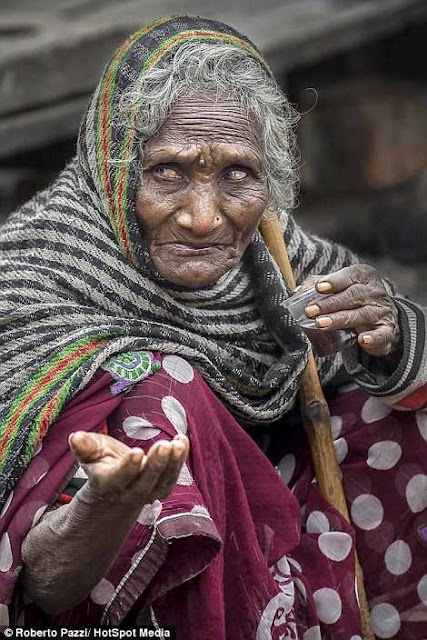 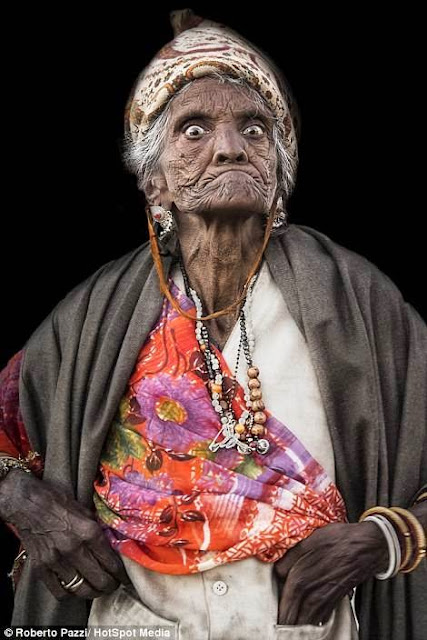 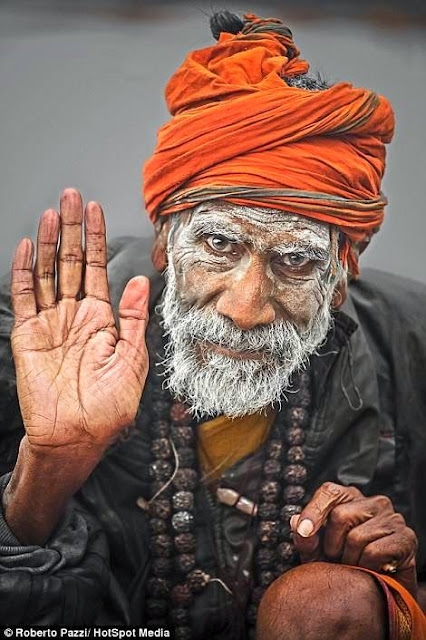 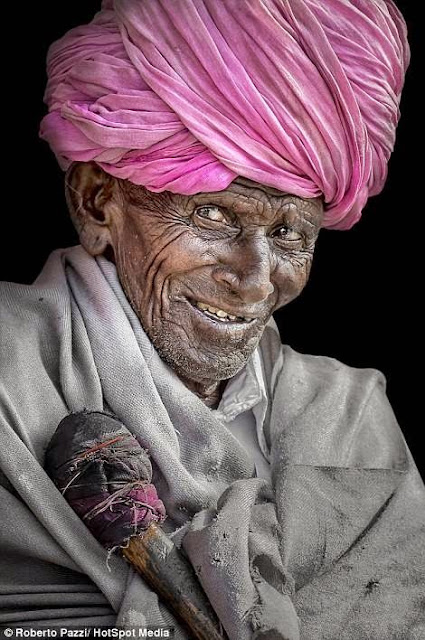 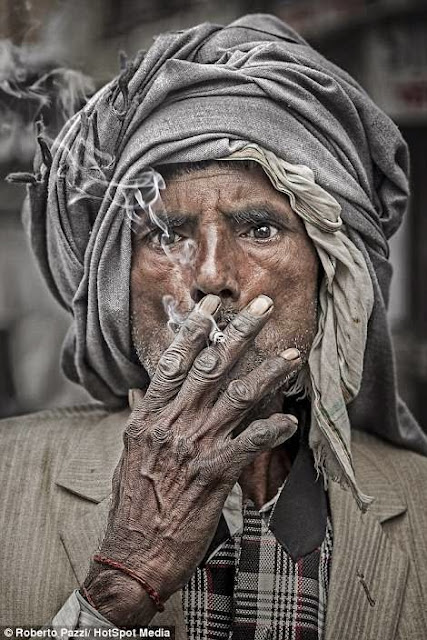 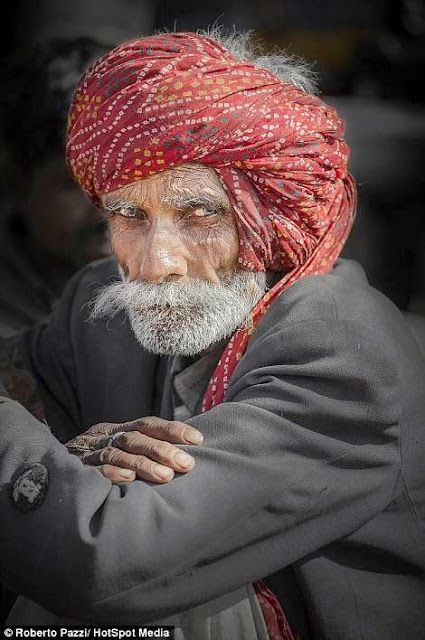 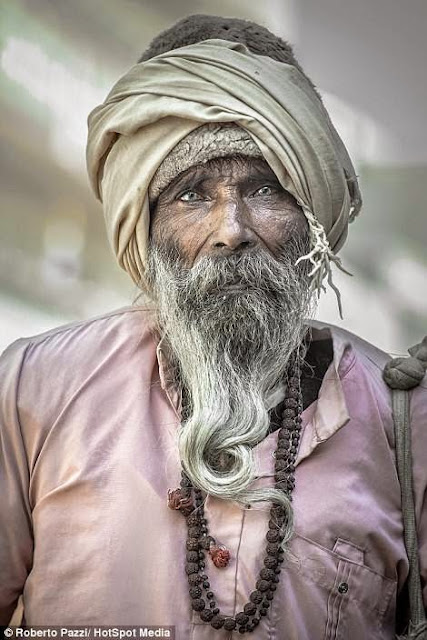 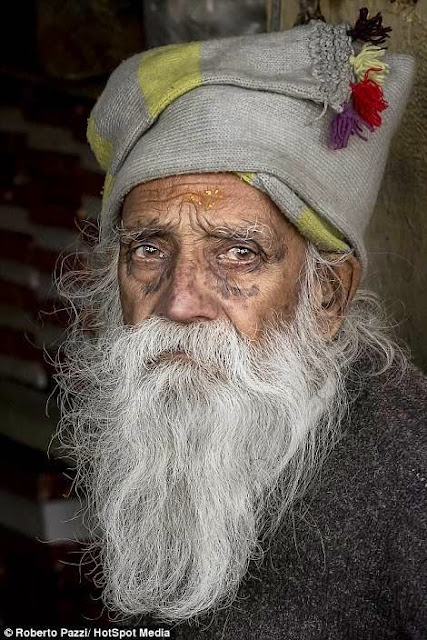 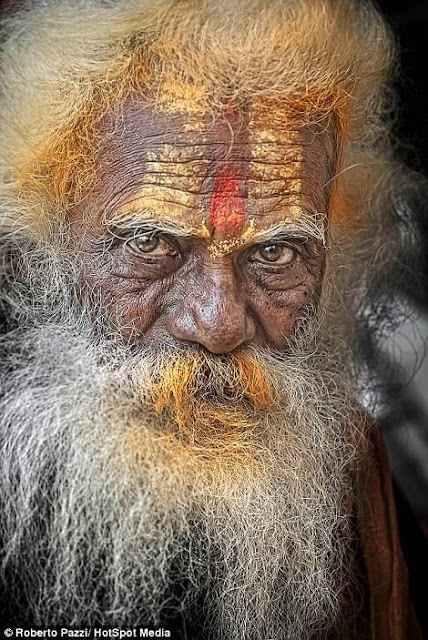 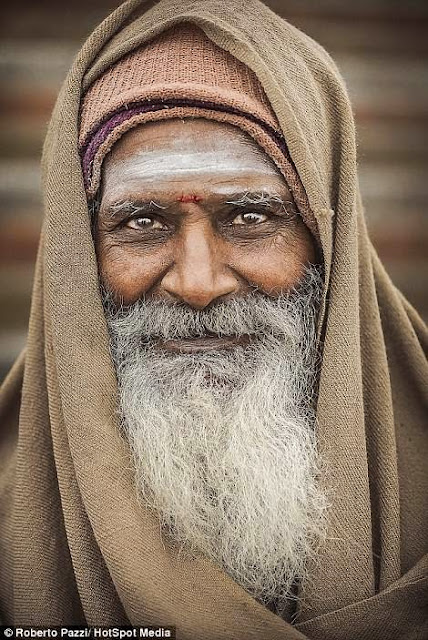