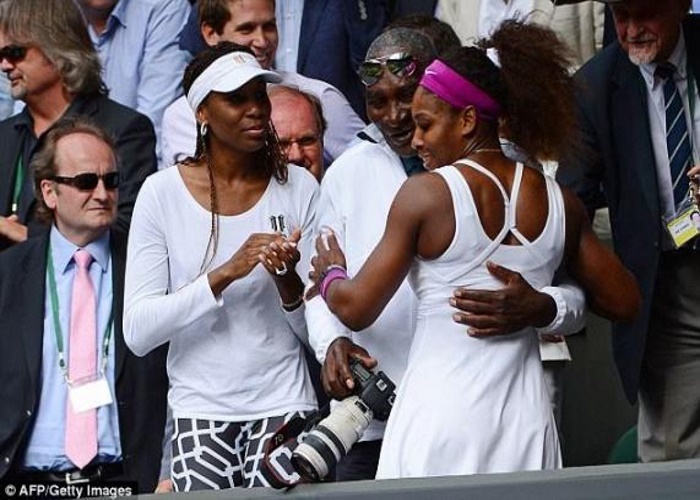 5 years ago / 735 Views
The father of tennis stars Venus and Serena Williams, Richard Williams,  suffered a stroke just days before the two sisters  victory at Wimbledon, his third wife Lakeisha Williams has revealed. 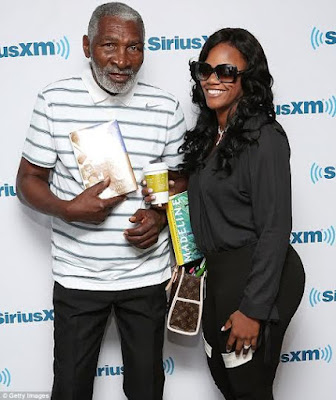 Serena won the women’s singles title at Wimbledon, while she and Venus won the women’s doubles but during the competition they both had to keep the news to themselves and try to focus on the tournament.
Mr Williams, 74, was released from hospital last week following the stroke but has been left with memory issues and according to Lakeisha, 37, he is unaware that he had a stroke and is more concerned with not returning to hospital, which he calls ‘prison’.
‘His mind is telling him that since he was once in charge of his life, after what’s happened he’s not accepting it,’ his wife said to Mail Online. ‘To him he’s a normal person – nothing happened to him.
‘His condition is fair – he’s up and walking around but he’s not at 100 per cent,’ Lakeisha said to MailOnline.
‘He needs speech therapy, psychological therapy and physical therapy but for now he refused.
‘His mind is thinking that they’re going to put him back in “prison”, which is what he calls the hospital.’
Mr Williams coached Serena and Venus through their childhood – starting when they were just four years old and was their coach until his health began to deteriorate.

He married Lakeisha in 2010.We wish him quick recovery!

Comments to Serena and Venus Williams’ father Richard, 74, suffered stroke days before their victories at Wimbledon