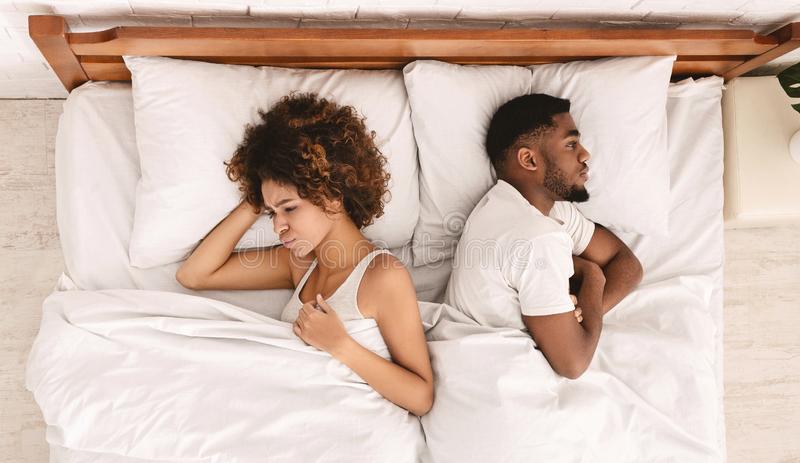 My husband and I can’t afford a househelp at the moment and I’m a new mum so there’s a lot to be done in the house. I do all the house chores plus of course minding the baby. I’m always so exhausted when the day ends and all I want to do is get some rest. This is a little difficult to do because my husband is always waiting and just when I’m settling in I feel him touching me. It’s annoying, to say the least, and I often get upset. My whole body is aching and my back hurts at that time and I just need some rest.

I know he needs sex but at that point in the day, that’s the last thing I want to do. Sometimes I let him have his way but I won’t be that involved. That of course affects the quality of the sex. I will have a hard time enjoying it and he’ll feel bad because of it and so it leaves both of us unfulfilled. He noticed and these days he doesn’t ask for sex when I’m annoyed, especially if he’s the cause. He knows I’ll still oblige him but he doesn’t want to do it when I’m not fully present.

Related content: Newly married but no bedroom action almost a month in

Getting the rest I need is great but I feel bad for my husband. At some point, I asked him how often he would like us to have sex. He said three or four times a week would be great. He’d be even happier if it was every day. I know that’s something I can’t do at the moment so I asked for a compromise: the choice was between sex three to four times a week but with me barely present for it and sex once a week when I’m relaxed, psychologically prepared, and properly participating. So essentially the choice is between having sex as a chore and using it to strengthen our relationship regardless of the turbulence around us. I must point out that when I’m in the right frame of mind, I’m a very enthusiastic lover. Often times I would wake him up in the middle of the night, early morning, or both just to have sex. Sometimes we’d have sex for four days consecutively. Things aren’t like they used to be and I can go even weeks without feeling the urge.

Another thing that worries me about having sex is the possibility of getting pregnant again. I don’t want more kids and even if I did, I definitely don’t want that happening this soon. Sometimes I have the urge to have sex but this is usually during my fertile period and that thought alone keeps me from initiating it. If we do have sex during this time, we use condoms even though I’m on contraceptives. I hate using condoms though. My husband doesn’t mind having more kids so he doesn’t worry too much about accidents but he’s always careful for my sake.

How do we solve this? I’d really love to satisfy my husband in the sack but I feel like I can’t have my cake and eat it. Was I wrong to suggest once a week? How do we make this work for both of us and for our sex life to thrive again?