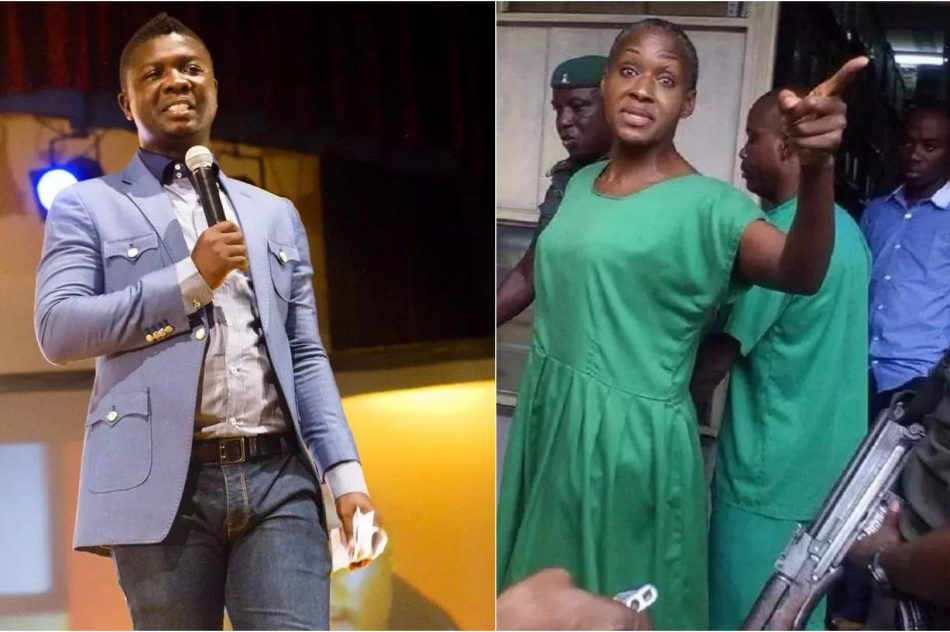 Early yesterday, in an interview with PUNCH, Nigerian comedian, Seyi Law, says he holds no grudge against controversial journalist, Kemi Olunloyo, who has been insulting his daughter over her weight,  infact he says he actually sees brilliance in her.

She claims to be a citizen of the US and my child is a US citizen. I could decide to sue her in the US and she would pay out of her nose.

She just replied him, insinuating he MUST apologize to her mum! The self-acclaimed investigative journalist took to her Twitter account and wrote;

1.Comedian #SeyiLaw has been seeking attention from me this week doing a Punch interview trying to trend so he can revive his DEAD career

2. #SeyiLaw is using a popular Nigerian celebrity tactic to “step on Kemi’s toes, she gets mad, replies me and revives my dead career” lol.
3. #SeyiLaw told Punch that I’m BRILLIANT! No doubt, 3 1st CLASS US degrees put to use in a country where lawyers are comedians and rappers.

4. The truth is that #SeyiLaw fans are illiterates. I have noticed most brainwashed by the medical word #OBESE. His daughter is OVERWEIGHT!

5. #SeyiLaw told Punch he can SUE me in the US for calling his child “fat”. This is what happens when u have anchor babies. Clueless parents

6. #SeyiLaw & wife anchors their baby to America to get a US passport but don’t know the laws. America has a FIRST AMENDMENT #FreedomOfPress

7. #SeyiLaw can’t even sue me in the US even if I called his baby a “TOAD”. Even saying his lawsuit cash will pay for his kid’s education

8. #SeyiLaw fans, pls STOP telling me to leave his child alone. He needs to stop insulting me in the MSM. I’m still the one that TRENDS!!

9. #SeyiLaw’s kid and I also carry Nigerian passports. Why not sue me here? He told cops a blogger called Tiwa #KungfuPanda. They laughed!

10. #SeyiLaw needs to apologize for telling my mom she should have KEPT HER PLACENTA and THROWN ME AWAY! Those words hurt my mother GREATLY!

11. Even #SeyiLaw fans are sick of him @instablog9ja a popular Instagram platform telling him to STOP showcasing his child on #socialmedia