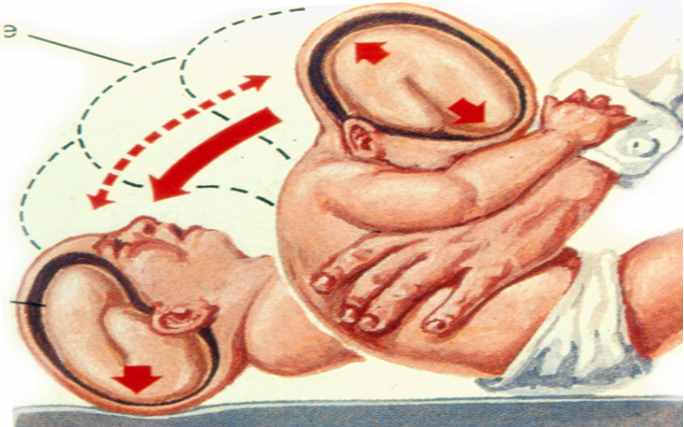 Shaken Baby Syndrome (SBS), also called Abusive Head Trauma, Shaken Impact Syndrome, Inflicted Head Injury or Whiplash Shake Syndrome, is a serious internal brain injury resulting from violently shaking a child. This shaking can be with or without impact and it’s often done in anger or frustration to silence a crying child.

SBS is a physical form of child abuse that can result in severe and permanent brain damage or even death. It’s in fact, the principal cause of child abuse deaths in most countries, example, United States. Children less than one year are usually vulnerable to the condition but it can also happen to kids up to five years old.

It’s important to state here that for SBS to occur there must be a deliberate vigorous shaking.  Accidental actions, casual play or bouncing a baby on the knee cannot cause SBS.

Here is a brief explanation of what happens when a baby is vigorously shaken. A baby‘s head is large and heavy compared to the rest of his body. This large head rests on neck muscles that are too weak to support it. When a baby is violently shaken, the head flops back and forth.  Since the infant brain is small and fragile, the brain moves within the skull causing a whole lot of damage and life-threatening injuries, and even death.

The most common effects of SBS are:  subdural haemorrhage and hematoma (brain bleeding and bruising); cerebral edema (brain swelling and damage); retinal haemorrhages (bleeding in the eyes) and subsequent blindness; spinal cord injuries and death. The following may manifest later in life: mental retardation, loss of hearing, paralysis, speech impairment, and learning disabilities.

Immediate symptoms of SBS are:  seizures, lethargy, vomiting, breathing problems and irritability. However, an infant that suffers from SBS may not show symptoms immediately since the injuries are usually internal.

SBS requires emergency treatment.  In severe cases, respiratory support and surgery may be required to drain the blood in the brain. Further treatments which include eye surgery and neurological evaluations may also be required.

Victims of SBS may also need physical or speech therapies, among others, in order to manage the condition.

In conclusion, the damage often caused by SBS is irreversible. However, if you suspect a child has been shaken, seek medical attention immediately. You may be able to save the child from death.