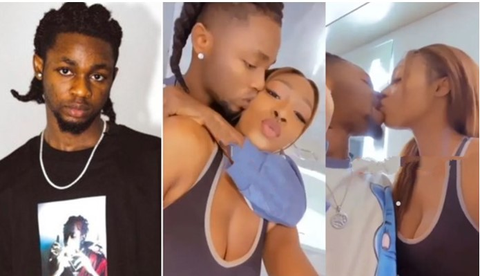 Nigerian singer, Omah Lay has opened up on the circumstances surrounding a video-reel of him and his supposed girlfriend which surfaced on social media months ago.

The ‘Damn’ artiste said that the lady was just a friend who made loved-up videos of them together because he trusted her but he woke up the next morning to see that she uploaded it.

Another video of her with another guy surfaced almost immediately and it caused a scandal.

Omah Lay spoke during an interview with Pulse, where he said that she was his friend at the time but after the video went viral, he unfollowed her and cut off all communication.