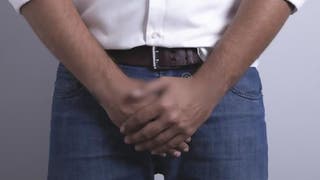 A 13-year-old girl on Tuesday June 28, 2022 told the Sexual Offences and Domestic Violence Court, Ikeja, Lagos State, how she was allegedly raped and impregnated by a 39-year-old car wash operator named Ezekiel Udoh.

According to Punch Metro, the incident occurred in the Festac Town area of the state in 2020.

The police prosecutor, Z.A. Dindi, led the minor in evidence.

Narrating her ordeal to the court, the victim said Udoh took advantage of her twice.

On the first occasion, she said the defendant sent her on an errand and directed her to take the item into his room, where he raped her.

She said, “He (Udoh) sent me to buy something for him and when I returned, he told me to take it upstairs. When I took it there, he came and told me to take it inside his room and he slept with me for the first time. He said if I told anyone, he would kill me.

“When he slept with me the second time, I saw blood coming out of my private parts. I did not know I was pregnant. My grandma asked why I was getting fat and I said I did not know.”

The victim, who is now 13-year-old, gave birth to a baby boy, who is currently one-year-and-five-month-old.

Her grandmother, who told the court that the minor had been living with her since she was two years old, said she initially did not know that her granddaughter was raped.

She said, “The first day I saw a trace of blood, I thought it was menstruation. I said, ‘At 11, you have started menstruation, yours is fast.’

I just noticed she was becoming fat. Not until one day that my sister came and told me if I didn’t notice her. She said it seemed she was pregnant. Then we took her for a medical check-up and they told us she was five-month pregnant.

“We asked her and she said it’s a brother at the car wash. She also did not know his name. We went there to ask him if he knew her and he asked us if she was pregnant.”

The case was adjourned till September 29, 2022, for further trial.