SHOULD CHILDREN BE INVITED TO WEDDINGS? 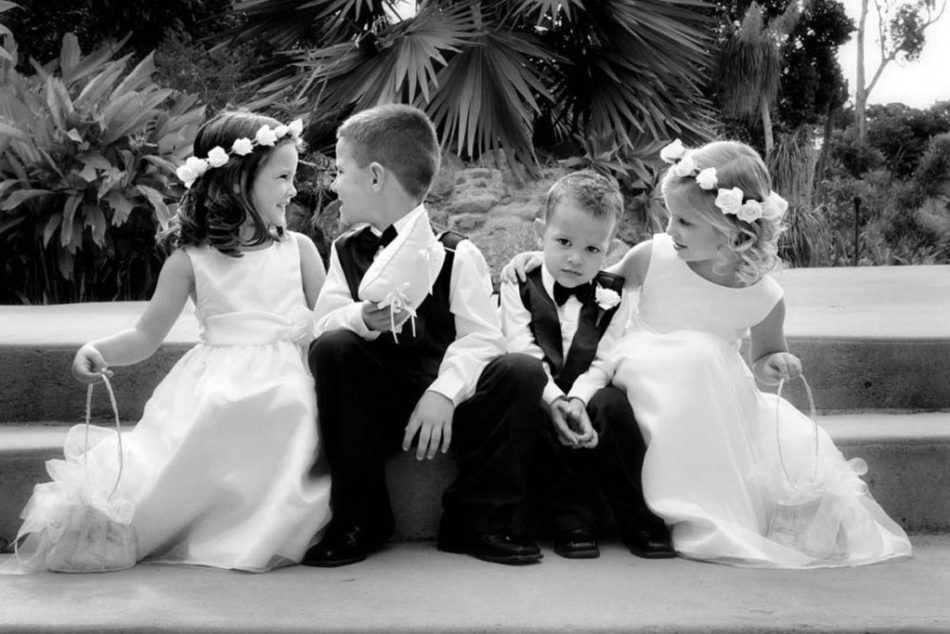 Recently, a cousin of mine had to politely decline an invitation to a family wedding after it specified that children were not allowed to the event. She told me, “The only person my daughter is used to being left with is my Mum and she was attending the wedding. Plus, my husband and I like to do things as a family of three and I don’t like excluding her.“

Not long after that, a mutual friend informed me of another “no kids allowed” invite that she had received. It was such a shame, she said, as she would have loved to go but she wasn’t about to leave her 6-month-old son, who she was still breastfeeding, to attend a wedding two hours away. And that is not considering Lagos traffic.

It’s really difficult when people expect you as a parent to choose between attending a friend’s wedding and leaving your kids with someone or not attending at all. It’s even more difficult for parents with very young children.

A survey that involved about 20,000 couples showed that 55% of them invited children to their wedding, which indicates that soon to be wed couples are sort of divided on whether to include kids on their guest list.

When you take into account the money, the kids behavior throughout the church service and the parents who really want to let their hair down instead of worrying about their baby, you can understand why it might be easier to put the presence ban in place. On the other hand, when your guests feel that are not able to attend their loved one’s wedding because they can’t or don’t want to leave their children, it can, in the end, cause some tension.

So is there really a right decision? What the factors that lead people to decide one way or the other and do the people affected by such rules actually feel about it? Let’s find out.

TO NOT HAVE KIDS AT WEDDINGS

Let’s take a look at this example. A woman named Laura was about to get married and both she and her husband couldn’t decide on the whole inviting kids issue until they eventually decided not to.

At the time, it was easy for her to say, “We didn’t have children or nieces or nephews at the time so it wasn’t that relevant for us…I also work with children so it was important for me to have a day without little ones around my feet.”

Fortunately for this couple, their friends were on board with the decision. Some even said, no kids weddings were their favorite kinds of weddings because they get to dress up, have a lovely time and enjoy the day without worrying about wet wipes and tantrums.

I’m sure some of you reading this swing this way too. Not having kids at weddings allows the guests to enjoy themselves, saves the couple money by not having to book a larger space to accommodate the children, fewer mouths to feed et cetera.

Of course, one thing you need to understand is that this isn’t always possible for everyone. So if you don’t want kids at your wedding, it’s best to be upfront about it, be honest and simple in your reasoning. It may be awkward having to tell your guests but be diplomatic and properly explain your reasons.

TO HAVE KIDS AT WEDDINGS

A woman named Sola was invited to a “no kids allowed” wedding because the couple wanted everyone to relax and have a good time, however, it ended up upsetting quite a lot of people. Those abroad couldn’t attend because they didn’t want to leave their kids behind. Imagine how that turned out.

Some couples, on the other hand, don’t mind at all. Some believe that watching children laugh and play adds so much to the event. They want to share their love with their family and friends, and since kids are part of the family excluding them doesn’t seem very fair at all.

So how is the issue dealt with?

If you are tight on a budget or space, you can limit the headcount to children of close friends and family or decide that breastfeeding babies are fine but not the walking, talking kids.

You can also consider special provisions such as a nanny or crèche at the reception, a child-friendly menu, and having the children’s food served earlier than adults.

If your budget allows, you can even consider entertainment specifically for the children. You will need to provide snacks, preferably the non-sticky types to avoid messes, and toys to make sure the children stay quiet during the serious parts of the wedding.

Another simple tip is to provide activity packs containing coloring books and games for the kids and have them sitting near the exits at all times.

At the end of the day, it is up to the bride and groom to decide on whichever way they sway, and taking into considering that it’s their special day, that decision should be respected no?

So really, the best way is to be clear and concise about your preferences and have a simple spelled out rule to avoid annoyances and inconveniences on the part of your guests. For example, it should ideally be a blanket rule with a specific age cut off, with exceptions made, say for nephews and nieces of the bride and/or bridegroom who may be allowed to attend for a part of the day, or might be participating as a bridesmaid or ring boy.