SHOULD I CARE IF MY TEENS LIKE HORROR MOVIES? 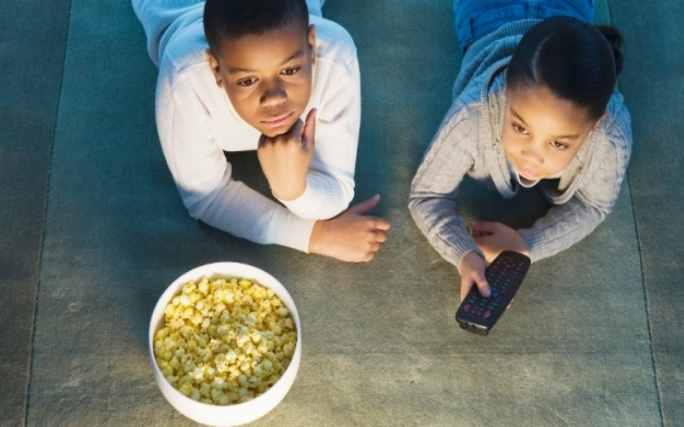 The latest blockbuster on movie shelves could start out with a wild chase – a chase that ends in a fatal fight. Obviously, the deadly attacker wanted his victim dead at all cost, and it seems he has finally achieved his “medal-deserving” goal. There, right at its feet lay its newest prey – a little girl of say ten years. With a glint of fulfillment in its red, fearsome eyes and blood dripping from both sides of its mouth, he gives a loud howl of victory! This scream is prolonged to afford viewers (yes, your teens) the rare opportunity of taking a good glimpse at its long protruding teeth, jutting out as those of an adult vampire would do.

The viewers at home shriek at the sickening length of teeth they just saw. The beast pauses; takes a fierce look at the lifeless body of his victim again, and then reaches to pull out the kitchen knife and fork he had driven through her throat and chest to kill her. Thick red blood gushes off like a fountain. At an incantation from the beast, the little girl springs back to life – albeit without the innocent looks she had before “the thing” killed her.

And then, as if to inform the viewers (yeah you guessed right, your teens again) of her transformation, she turns slowly to stare deep at the screen. By this time, your teens are either so captivated by the scenes, or are cringing in fear.  But the terrible scene of horror is endless, and so the movie continues. The resurrected girl opens up her mouth really wide as if to mutter a word. However, nothing comes forth – just blood, thick blood and more blood. Cut.

Well, nice movie eh? It could have even been nicer if not for the fact that your 12-year old kid may find it a little bit tough to dissolve the gory scenes which may not only get him scared of getting into his bedroom alone, but can also seep through his consciousness into his dreams – giving him terrible nightmares. And we all thought entertainment is supposed to be fun. Well, nightmares, hallucinations and deep-seated fear don’t exactly sound as fun (except probably to a serial killer).

Now, what do you do if your kids get to be the ones craving for these kinds of movies? Is it right to play into their good booksjust to make them happy at that moment? Can you really tell what goes through their minds when they witness the gory sights of a human ripping the blood vessels off another helpless human? Responsible parents protect their children, true security consists of both physical protection and also protection of the mind – which could be more important since every part of life is lived from the inside out.

The console games come with even greater risk since they keep the teen as the “actor” of whatever scenes which have been programmed by the designers. Countless reports have demonstrated what effects these have had on teens over the years. It is needless to say that whatever entertainment your family chooses should be somewhat wholesome and one that can give a positive impression of those viewing it.