Symptoms of Real vs. False Labor. 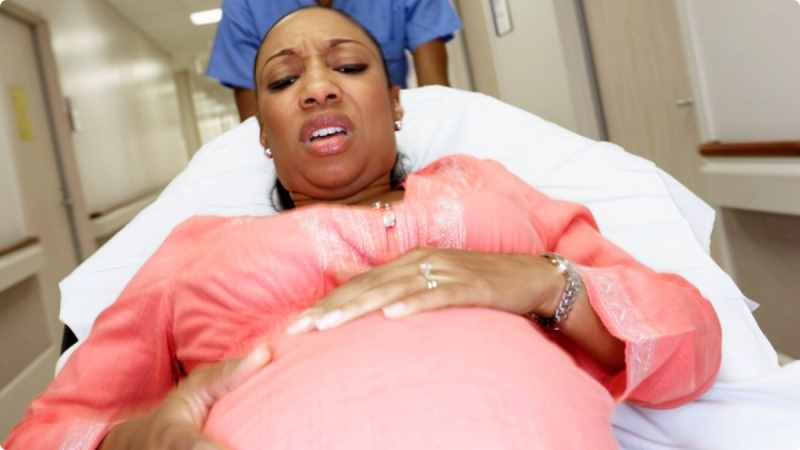 Symptoms of Real vs. False Labor. Even moms who have been through it before can’t always tell when labor is starting. That’s because many of the early signs of labor are vague and easily misinterpreted: Are those cramps real contractions, or are they a result of the grande burrito you ate last night? Is that little trickle of fluid your water breaking, or is it just urine leaking because a seven-pound baby is resting on your full bladder?

Labor — like parenting itself — is never completely clear-cut. To help you figure out when you’re really ready to head to the hospital, check out these cues.

Your Water Breaks
No doubt you’ve had nightmares about this sign of going into labor suddenly happening in the office elevator or at the movies. But only a small minority of women — in one study, as few as 8 percent — report that their sac of amniotic fluid broke before they started having regular contractions. Even if your water does break, you’re likely to feel a small leak, not a big gush, because your baby’s head often prevents too much fluid from leaking out.

Once the sac has ruptured, it usually means that labor is just around the corner, Eighty percent of women spontaneously go into labor within 12 hours after their water breaks. And those who don’t are likely to be induced because the risk of infection increases once the amniotic sac has ruptured.

True labor pains, by contrast, do not lessen until delivery. In fact, they typically get more intense and more frequent over time. For instance, what starts out as an overall crampy feeling may progress into distinct contractions that go from ten to eight to five to three minutes apart. “Most of the time, you’ll feel those contractions as a tight band that starts in your back and radiates across the front of your belly,” says Kay Johnson, a certified nurse-midwife in Atlanta.

You Notice a Discharge
During pregnancy, the cervix stays closed and plugged up with mucus. It’s nature’s way of protecting your baby from infection. But as you progress toward labor, the cervix begins to dilate and soften in preparation for delivery, causing what’s accumulated there to dislodge. The mucus, which can measure up to a teaspoonful, is dispelled as either a blob (called the “mucus plug”) or a runny smear. Also, blood vessels can tear as the cervix opens, tinting the discharge with blood (known as “bloody show”). “At that point, labor could be hours, days, or even weeks away, but these are hints that the cervix is changing,” Dr. Grabowski says.

You Get Diarrhea
During the early part of labor, your body begins to release prostaglandins, a group of hormonelike substances that cause the uterus to contract and help soften and dilate the cervix. But prostaglandins can also hyperstimulate the bowels, causing frequent stools or even diarrhea, Dr. Grabowski says.

Your Back Really Hurts
If you’re like a lot of pregnant women, your back may have been aching for months. But when the pain becomes extremely harsh, this can be a sign that you’re experiencing “back labor,” which happens to nearly one third of women. “Normally, a baby descends the birth canal with its face pressed against the mom’s spine,” Johnson notes. “But in some cases the baby descends with its skull hitting the mom’s spine.” The result? “Constant pain that may radiate to the abdomen but is mostly concentrated in the back.” Whether you experience true back labor or not, excruciating back pain is a sure signal that you’re ready to deliver.