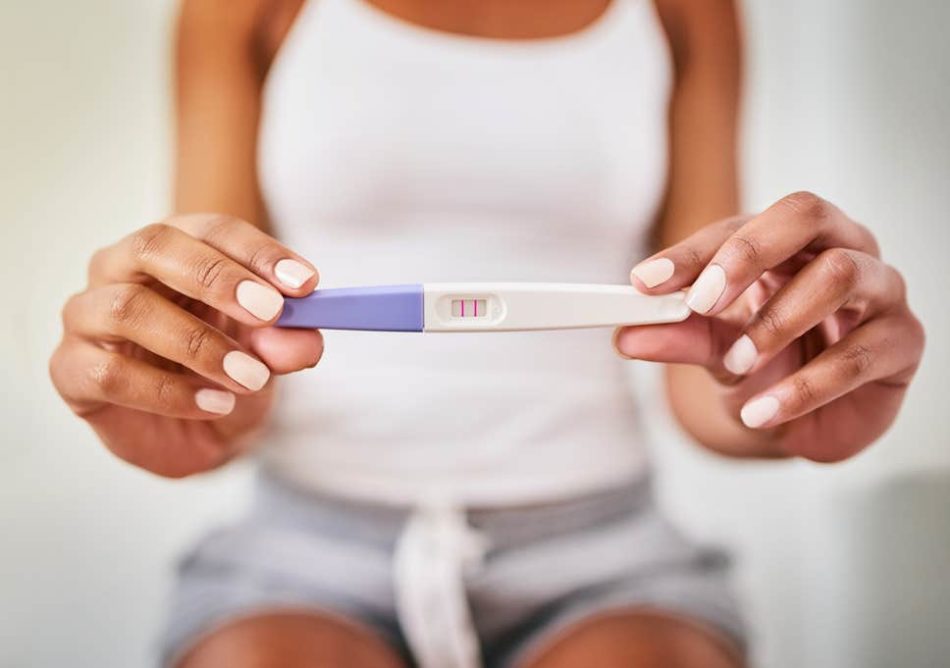 Signs of early pregnancy. Are you suspecting that you might be pregnant? Then this is a mind-blowing time…or a stressful one.

The most surefire ways to determine if you are pregnant are by doing pregnancy tests – many pregnancy test kits that can be used at home can determine pregnancy as quickly as 8 days after you miss your period – or by doing ultrasounds.

Regardless, some signs can be used to determine early pregnancy.

Therefore no matter how exciting this period is, you should prepare yourself for what lies ahead by understanding the early signs of pregnancy so that you don’t mix up the symptoms with causes other than pregnancy.

Some women experience signs of pregnancy as early as one week after conception while some may not experience any for a few weeks.

So what are the signs of early pregnancy? Let’s take a look.

From the first to the fourth week, everything about the pregnancy is going on at the cellular level. The newly fertilized egg produces a fluid-filled cluster of cells which eventually develop into the organs and body parts of the baby.

By the third or fourth week, this cluster implants in the lining of the uterus which then results in the woman spotting. This phenomenon is known as implantation bleeding and some of you might mistake it for a menstrual period.

If you want to prevent heavy bleeding during these episodes, avoid drinking alcohol, smoking or using illegal drugs.

YOU MISS YOUR PERIOD

As soon as implantation is complete, your body begins the process of creating a hormone called human chorionic gonadotropin (hCG) which is responsible for maintaining the pregnancy. It is also the hormone’s job to inform your ovaries that they shouldn’t release any more mature eggs for the subsequent months (the oven is full, so to speak).

Another repercussion of this is that you will now miss your next period. But then, if your period is normally irregular, you might want to get an actual pregnancy test done just to be sure that’s what is going on.

You should also note that some women still bleed even though they are pregnant, though it’s usually lighter or shorter than a regular menstrual period.

Between the fourth and the sixth week after conception, some women begin to develop nausea and/or vomiting. These signs are usually referred to as morning sickness and despite the name, it can happen at any time whether night or day. Scientists are still unclear as to the actual causes of these symptoms but hormones have been suspected to play a role and there are theories that it is as a result of the mother’s body trying to reject the foreign DNA in her body.

Either way, you are likely to experience mild to moderate morning sickness which might become more acute toward the end of your first trimester. Not to worry though, by the time your second trimester comes around, the morning sickness becomes less severe.

If you want to ease the symptoms as much as possible, try keeping a package of lightly salted crackers near your bed and try to eat some before you get out of bed. You should also drink lots of water to stay hydrated.

But if you realize that you can’t keep foods of fluids down for long, you might need to visit a doctor or a pharmacist.

Unexpected exhaustion can happen at any time during pregnancy but is most common in early pregnancy.

During this time your progesterone levels rise really high which results in you feeling drowsy and exhausted all the time. So what you can do is to ensure that you always get enough sleep.

No more late-night parties when you know you have to be up early in the morning the next day.

YOUR BOOBS TINGLE, ACHE AND GROW

Changes in your breasts start somewhere around the fourth week. Because of hormone changes in your body, chances are that your breasts will become swollen and tender, and might start to ache. But don’t worry, these changes go away after a few weeks as your body begins to adjust to the hormones.

There will be changes to your nipples – your areola might grow bigger and become darker in color – and your boobs will grow larger. But these don’t happen until around the 11th week.

Also if you were the type that was prone to pimples before conception, the hormones in play might cause you to experience breakouts during the early pregnancy as well.

The best way to relieve the tenderness in your breasts is to buy comfortable maternity bras. Those cotton bras without underwire are usually the most comfortable. Make sure to choose the ones that have adjustable clasps to give you more room to grow in the subsequent months.

Also, make sure to buy breast pads that help reduce the friction on your nipples.

By the time the pregnancy is going to the eighth week, your heart might start to pump harder and faster which for some women results in arrhythmias and palpitations. The culprit? Hormones.

Normally you should ensure that you have a healthy heart before conceiving but if you already have a heart problem, make sure your doctor is aware to supervise your medication use.

Your mood will swing from extreme lows to extreme highs during this early stage making you more reactive and emotional than you usually would. This is because of your soaring progesterone and estrogen levels which can make you feel irritable or anxious one moment and euphoric in the next.

If you experience any of these symptoms, chances are that you are pregnant, so don’t freak out. They are perfectly normal.

Unplanned Pregnancy in Marriage and How to Deal with it