WHY FATHERS ABANDON THEIR CHILDREN. 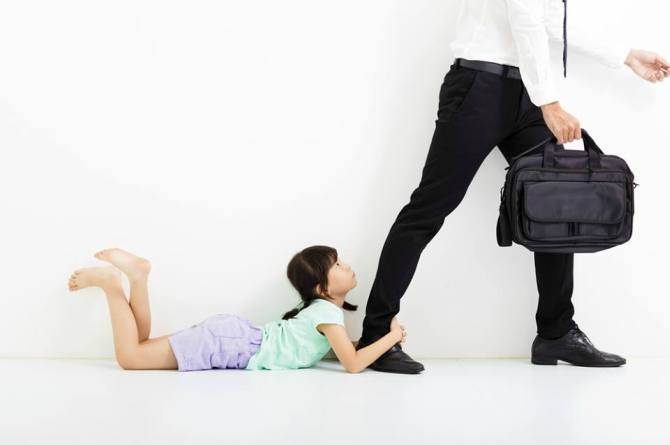 WHY FATHERS ABANDON THEIR CHILDREN. It’s one thing when a woman is suddenly thrust into the world of single motherhood by choice. In such a scenario she can tell begin the story on a positive note with an “I wanted to have you so much that…” that makes the child feel special in that she chose them over anything else.

But it’s an entirely different story when the life of a single mother is suddenly thrust at you, all because the father chose to abandon his kids.

While it’s been found that a lot of these fatherless homes are common in situations involving low incomes, it’s not always the case. Men have been found to leave their children whether as a result of an affair or a self-driven yearning for childless freedom.

Today we’ll be taking a close look at some of the reasons why fathers choose to abandon their children and leave their wives in the throes of single motherhood.

A NEGATIVE REACTION DUE TO FEAR

When fear is left unchecked, it has the potential to impact both men and women negatively, as well as the people they surround themselves with. For some men, being told that they are about to be in charge of raising another human being who would depend almost completely on them can cause this panicked tightening in their throat. The news brings a sinking feeling in their gut and all-around intense fear that makes them want to run away. And some give in.

ONLY THINKING OF THEMSELVES

Many men get so caught in themselves and their plans that any addition to the equation equals chaos in his mind. It is at this time he’ll start saying things like “but I’m currently working on this project, I can’t start worrying about kids,” or “Not right now, it’s not convenient.”

CAUGHT UP IN THE PAST

Some men may have gone through emotionally or physically abusive situations during their childhood from their fathers or the father figures in their lives. And whether they received therapy or worked through or escaped the abuse, these types of men usually don’t trust in their ability to properly care their kids. They feel that because of what they went through as kids, they fear that they may end up repeating the same things with their own kids.

Men don’t suddenly become pillars of strength and perfection; rather it is the process of accepting the accountability for their actions and owning up to those actions no matter the situation that turns boys into men. But is this easy to do?

Indeed it isn’t. Many men don’t understand what it means to be accountable for their actions – either because they weren’t taught or they refused to understand – so a lot of them tend to run away at the first sight of responsibility. They don’t own up to their actions, of which the end results are the children.

NO LOVE IN THE RELATIONSHIP

This is a very common motivation that pushes a man to leave his kids. He might want to be a father but chances are that he might not want the woman whom he impregnated to be the mother of his kids. Or that relationship might not be the kind that he wants. Or there might not even be a relationship in the first place.

Some men might even resent the fact that they wasted their seed on a particular woman and now they are stuck with her.

There are so many situations that lead to this, but regardless of what led to the birth of the child, both the man and the woman should have used their heads and taken the appropriate precautions before a child came into the picture so that they would be better prepared to handle the new addition to their lives.

HE FEELS HE ISN’T GOOD ENOUGH

This might come as a bit of a surprise to some of you out there but it’s the simple truth. Many men abandon their children simply because they feel they aren’t good enough.

When a man becomes responsible for another person, he might naturally believe that he’ll be able to give his all for the child, especially when such a thing was never done for him. But when he’s struggling to do right by himself, it can cause him to begin to doubt his skills as a prospective parent.

Since men don’t get the luxury of psychologically bonding to their baby in the womb, they don’t have the same connections that mothers do during their pregnancy. As such, the father might convince himself that he’s not good enough and would bring more harm than good to his unborn child.

In short, the children are better off without the father in their lives. This is what many men wrongly believe.

At the end of the day, the main problem comes about when a man decides that he can’t or won’t raise the child regardless of the circumstances. No matter what reason the man might have, at this point, he’s just acting selfishly and is oblivious to the consequences of his actions on the life of the child he’s leaving behind.

None of these points should really be considered proper reasons but they are the gospel truth behind men abandoning their children. However, one thing continues to ring throughout the listed points, and that is fear.

If you as a man allow fear to take hold of you, it will keep you away from experiencing one of the greatest experiences a man can have – being a dad.

Here’s something else you should know about fear. Everyone experiences them, whether men, women or children. You are no less a man for having your fears, but remember that what separates the boys from the men is that real men eventually face their terrors head-on with hope, courage, resolution, and faith. WHY FATHERS ABANDON THEIR CHILDREN.

As the saying goes, “Any guy can have a child but it takes a man to be a dad.”

EFFECTS OF DIVORCE ON COUPLES AND THEIR KIDS.