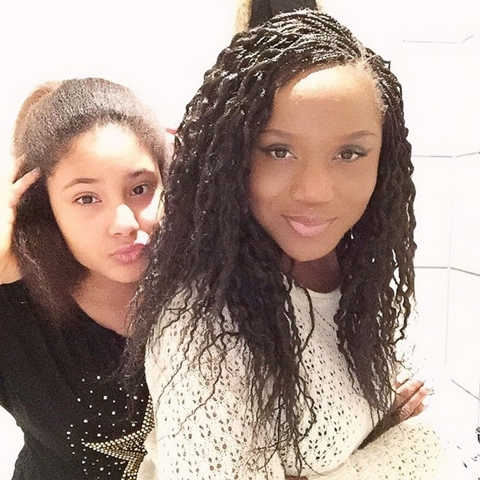 Nigerian singer, Caroline Sam a.k.a Maheeda,  popularly known for her raunchy pictures and videos online, while speaking in an exclusive interview with PUNCH, revealed that her daughter does not really like her online nude photos and videos.

Although, Maheeda started out as a gospel singer, her brand evolved as she began posting raunchy pictures and videos on social media. The Goddess of X has now spoken out on her daughter’ perception of her activities online. She said:

“I don’t think my daughter likes some of the pictures I post online because sometimes when she sees me do it, she says it is disgusting. I don’t know if she is just being a teenager or she does not like it but she never complains about it. “One of the reasons why I struggled to take her out of the country is that I want her to have a different mindset about s*x and life in general. So, she would have a different mentality when it comes to sexuality than the average Nigerian. “The way an average Nigerian would reason about s”x is different from the way my daughter would see it. In the Netherlands, they use nudity a lot for their advertisements. For example, they could do an advert about milk and they would use a semi-nude model and show as she pours the milk on her body.
“In Nigeria, it is not allowed, it would be banned. That is why I decided to take her abroad. She would be 18 years old next year and she would be free to live on her own, so I am almost done in that area. She would be on a level where she could be on her own.”

When asked if she was willing to give motherhood another shot once her daughter is of legal age, she said that she would rather help the underprivileged children in the society rather than giving birth to another child.

“After 18 years of motherhood and all the suffering I faced while I was still a single mother, don’t you think I would want to relax and have the holiday of my life? Why would I want to have another kid? Personally, I like children and I see a lot of kids on the street and motherless babies’ home. I would rather help them.”