South African Girl Narrates How She Fought Off 3 Men Who Tried To Rape Her, With A Broken Bottle 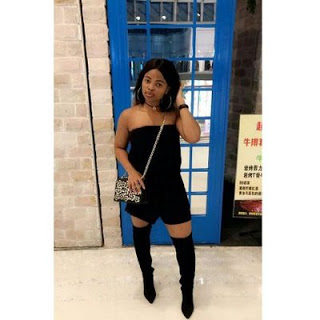 A South African Twitter user who goes by the name Ragkadi_Boips took to the social media platform to narrate how she escaped from three alleged rapists. According to her, she overpowered the three knife-weilding men with a broken Hennesy bottle and managed to escape with blood stains on her clothing and phone. She also mentioned that a man who offered her a lift while she was running away from the injured assailants, also tried to rape her.

See her tweets below.. 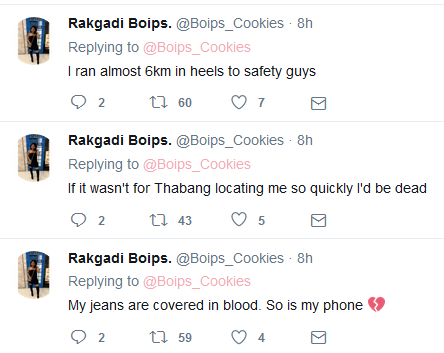 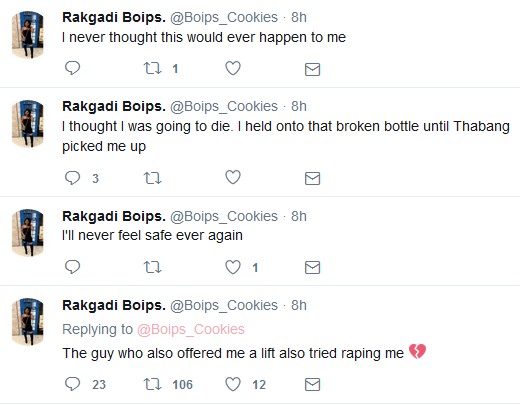 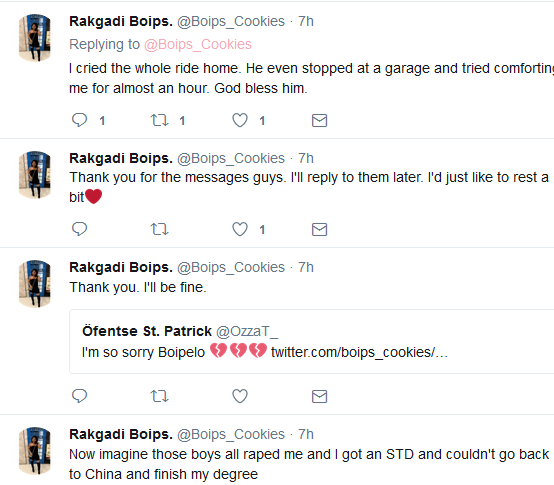 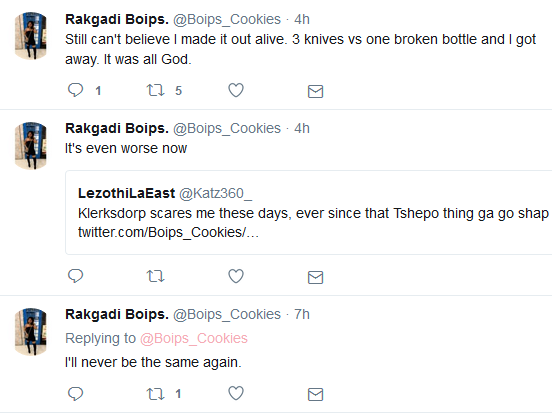