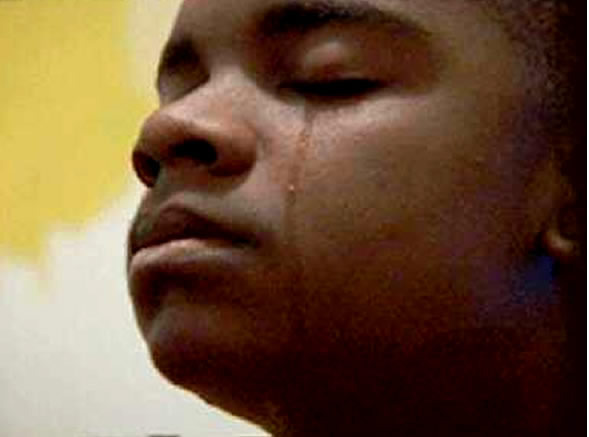 A South African Twitter user, The Liveman, has taken to the platform to recount how he forgave his fiancee and younger brother after they both had an affair that resulted in pregnancy.

He said he was hurt at first and nearly committed suicide but eventually forgave both of them because he realized how much he had cheated on her and she always forgave him.

The man said that lady had never cheated on him before and when she eventually cheated with his brother, it was because he wasn’t there when she needed him and his brother was available.

The fiancee has now given birth to a baby girl and he says he plans for all three of them to be in the child’s life because “real love conquers all”.

Read his story below: 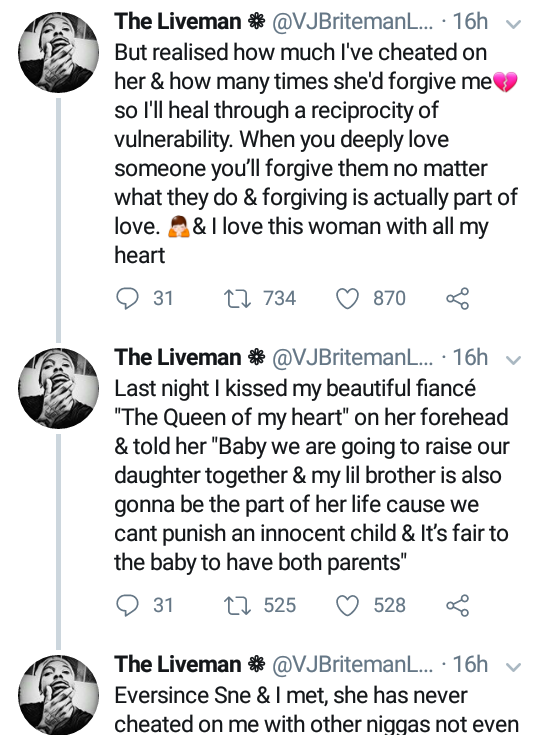 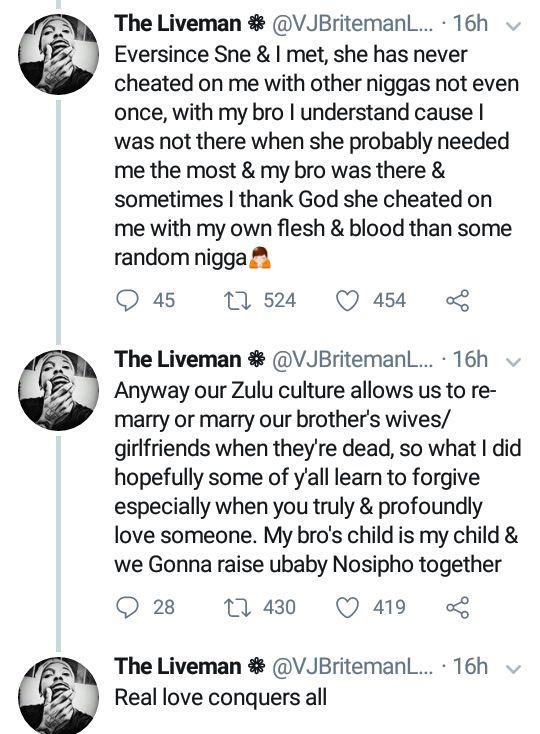 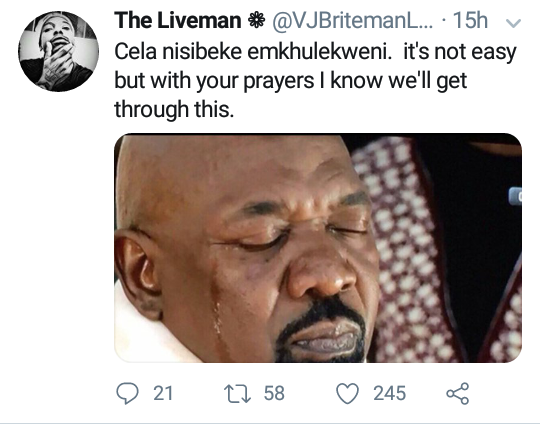 WHATS ON
Fiancee , Forgives , Impregnated by his brother , SA Man