South Africans make fun of their Leader, Cyril Ramaphosa after he had trouble putting on a face mask (video) 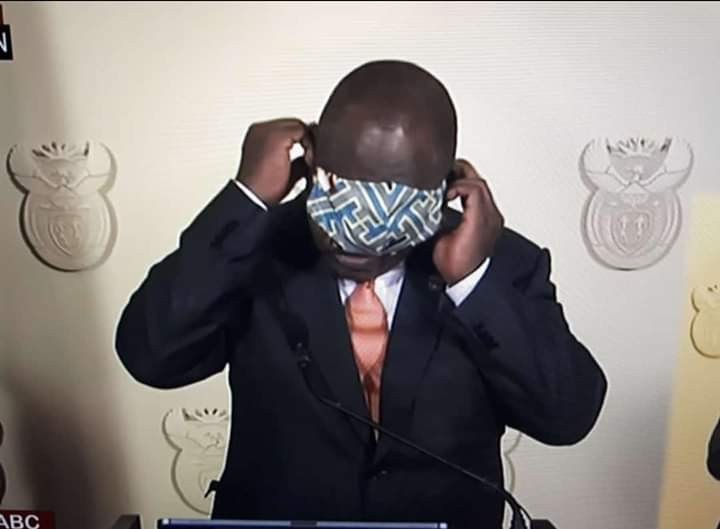 MaskChallenge is the new trend amongst South Africans as they went on Twitter to make fun of their president, Cyril Ramaphosa after he was filmed unable to put on a face mask.

The President was seen putting the mask across his eyes, hooking the elastic behind his ears, prior to trying to pull it down to his nose and mouth. But, he didn’t get it right at the first try and had to make many attempts.

South Africans afterwards took to Twitter to make fun of their president as they made remarks about the way he put on the mask. Some asked why he wore it on his eyes at first. But others defended him by sharing a video showing a health worker wearing it the same way.

Below is the video and reactions from South Africans.

I rushed this but y’all know I had to! #TheBlackWendyVO #CyrilRamaphosa #LockdownSA1,1228:53 PM – Apr 23, 2020Twitter Ads info and privacy396 people are talking about this