South-East Will Get Additional State Before Any Other Zone – Jonathan 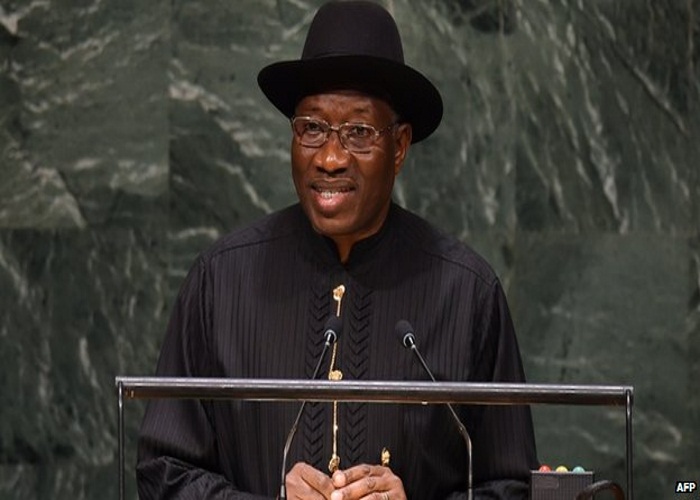 President Goodluck Jonathan has assured that the South East zone would get an additional state to bring them at par with other zones in the country.

Jonathan who gave the assurance yesterday during a reception organised for him by the Imo State Council of Traditional Rulers in Owerri , the Imo State capital, said that if he is re- elected, he would ensure that the recommendation of the just concluded National Conference on state creation is implemented.

He said the proper thing to do is to ensure that the South East geo-political zone with only five states, gets additional one as recommended by the National Conference for equality before any other zone agitating for additional state is considered.

President Jonathan said he was elated for the massive support he had received from the zone, adding that he was sure that the same support would be given to him and his party in the general elections to enable him consolidate on the achievements of his administration so far.

“The South East is the support base of the PDP and I am here again to solicit for your supports and blessing in the Saturday election.

“It is a rare privilege for me because the South East has not supported anybody the way they have supported me since 2011 and in the next four years, I will ensure that the zone benefit more in terms of projects and most importantly, I will also ensure that the recommendation of the National Conference which has been adopted by the Federal Executive Council (FEC), is religiously implemented.”

He appealed to traditional rulers to mobilize their people to cast their votes for all the PDP candidates at all levels.

He appealed to the president to come and rescue the royal fathers in the state as they have suffered so much deprivation in the hand of those who do not understand how the traditional institution operates.