STARTING ON SOLID FOOD FOR YOUR BABY 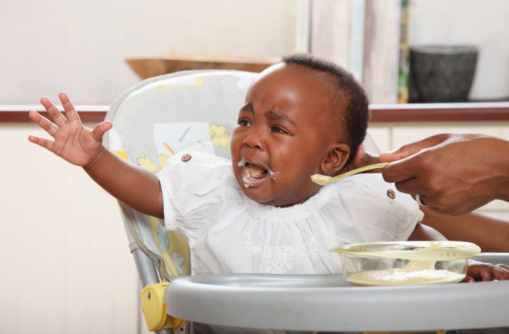 It has been a while since you gave birth and it is finally time to start your baby on solids. There was probably a lot of pressure from friends and family along the way to start sooner if you had chosen to breastfeed exclusively for the first six months.

The road was definitely not easy considering exclusive breastfeeding takes a lot of energy and sacrifice. So, where to start with the solids? Which foods are best for the baby?

Your baby is already used to the breastfeeding schedule if there ever was any, and then you introduce a new item into the mix. Other changes like growing teeth, sitting up and an attempt to crawl are also happening so it can be a little overwhelming. Go easy on the baby and it will be okay as they adjust.

When you decide to give the baby a nutritious porridge in the morning for breakfast keep it up for a few days or weeks until they get used to it. It may start as a few spoonfuls in the morning, a few in the afternoon and a few later in the day but it will increase with time. When they get used to having a certain food it will be easier for them to increase their intake since they would probably enjoy it more.

Once one food is done you can introduce another food into the schedule and have her get used to it. It may start off boiled and finely mashed at first but the particles should increase in size as the baby progresses.

You can mash it coarsely with a fork or have the baby eat rice that is a little overcooked. The texture will help the baby get used to chewing and when the teeth come she will already be a step ahead.

A baby’s food has to be balanced. You can choose to use flour that has a number of minerals as opposed to just carbohydrates. They still get a major part of their nutrients from breast milk but the food should supplement this amount.

Babies respond to color and the brighter the color of the food the higher the chance that they will eat. You can think of pureed mangoes, mashed butternut and carrots. Bright orange, red and green fruits and vegetables will go down well with your prospective audience.

When you are starting out the baby will probably spit out what you are giving them. Arm yourself with a bib and a strong resolve to feed the baby. She will get used to it with time but it will remain messy for a while until she can hold a spoon and feed herself properly.

With time you can include finger foods like spaghetti shapes or anything that won’t be a bother for the child. They will get to practice their gripping and holding skills while learning coordination as they feed themselves.

Avoid giving foods that may choke the baby or may end up being stuck into the baby’s nose like peanuts. You can still grind them and include them in the meal though until they can handle them.

It is best for your baby if you steer clear of processed foods. Most of them are filled with extra sugar and empty calories making your baby add weight but not get the right amount of nutrients. They may be easier to handle and ‘serve’ but they are not the healthiest choice.

Be sure to encourage vegetables from an early age so that you don’t have to fight about it later in their life but it is not an assurance that you won’t.