Stop Pressuring Women to Get Married and Have Kids 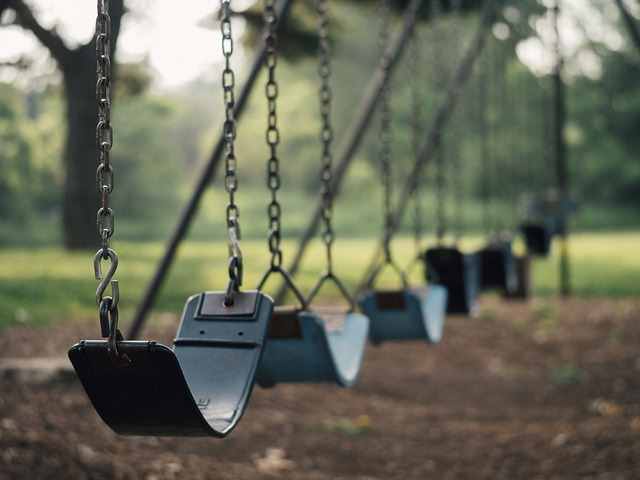 There has never been a day in my life when I thought I would want children.  My entire life, the thought of pregnancy has repelled me. It’s like I’m missing something in my genetic composition that makes other women go, “Yes, it would be beautiful to push a human out of my vagina.” I don’t associate love or a relationship with procreation; I simply don’t associate procreating with my life. My impression from many people I know who do want children is that they thought about growing up and saw their future with their spouse and their kids and their white picket fence. Throw in an office job, and that is exactly what I would see if I sat down and imagined my hell.

I’ve spent a lot of time trying to not be offended by people’s reactions to hearing I want to remain childfree, but over time I’ve come to realize I have a right to be offended. Lots of people tell me that it isn’t normal, and that doesn’t really offend me. “How can you know?” doesn’t even bother me too much — I imagine if I talked to someone who was completely asexual or something else I couldn’t personally imagine; I might be curious. But here’s the problem.

Do you know how people find out I don’t want kids? 99% of the time, it’s because they make an assumption. They tell me about what I’ll learn when I have kids, or they ask me how I’ll continue to live in Texas while my boyfriend lives in Maryland when we have all the babies, or they’ll ask how many kids I want. I always correct them. For as long as I can remember, even at the tender age of 8, I corrected them. The desire to have a child is so far removed from who I am that I reflexively correct people who assume I want one, probably the same way you would correct someone who mispronounced your name.

When I was a child myself, everyone told me I would change my mind. The joys of motherhood and biological clocks and whatever. Right now, I’m telling every single person reading this: do not do this. Even if you firmly believe the little girl looking up at you saying she doesn’t want kids can’t possibly know that, keep that opinion to yourself.

By second guessing a woman’s decision to go against the grain, you’re encouraging a culture that shames her, and it’s wrong. You’re encouraging her to give in to a mate later on, one who might be compatible with her in every single way except his desire to have kids. And having kids because you love someone and you’ve been taught you have a biological clock that will kick in and make you change your mind on the issue? That’s a fucking mistake if I ever heard one.

If you’re reading this, you won’t be shocked to learn that even at the age of 26, people still question whether or not I actually know what I want. You’re likely either nodding your head in agreement or shaking it in disbelief. My parents, my sister, my best friend, my boyfriend — these are the people that know me best, and, save one, all have known me for well over a decade. They don’t question me. It’s always some new acquaintance or a total stranger that feels the need to condescendingly tell me I’ll change my mind, or that they used to feel that way until they had a joyous little accident. Fuck you. You are rude as hell, and you might as well tell me to smile while you insult me.

I work hard to my stance on abortion pretty clear. Lots of people are pro-choice and aren’t of the childfree mindset themselves. I’m sure that plenty of women have abortions because the timing or situation was wrong, and go on to have kids later in life. I’m sure plenty of people get pregnant and keep the child even though everything about the situation is wrong — maybe they end up happy, maybe not.

For me, keeping abortion legal is so important to me because I don’t know if I would survive a pregnancy. If sketchy, unlicensed basement procedures were the only option and I was accidentally pregnant, I would take the risk. If I found out I was pregnant too late to abort, I would personally go through any means in an attempt to end the pregnancy. In general, I would not describe myself as depressed; I think I’m happy and well adjusted. If I suddenly am forced to carry a child, I very seriously recommend putting me on suicide watch.

Honestly, I wish I could explain it — the complete emptiness I feel inside imagining life as a mother. It’s similar to the way I feel imagining life with a female life partner: I cannot comprehend the appeal, I have no emotional connection to the idea, and in my mind’s eye, I become a stranger to myself. When you tell someone who feels this that they will change their minds, you’re acting like you know more about that person than you do.  You’re wrong.

I don’t care if other people have kids — my roommate has one and he’s great! I just care about myself, and my sanity. I don’t go up to women who are 6 months pregnant and ask them if they are sure they’re ready; in return, I expect that people leave me alone about my decision. If you’ve recently had a kid, don’t let your baby crazy feelings accidentally turn into condescending feelings when you talk to your friends. Just because it’s a good life decision for you, doesn’t mean it’s good for everyone.

Comments to Stop Pressuring Women to Get Married and Have Kids