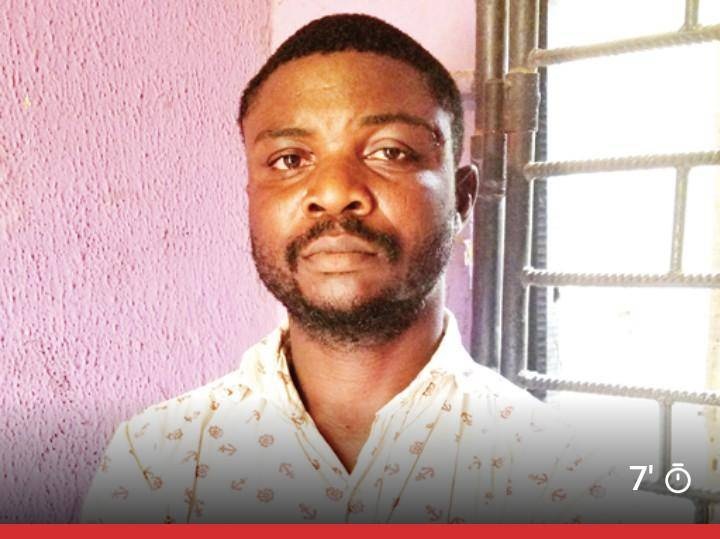 Paul Iwapele has being arrested for defiling 3 year Old Stepdaughter till her private part began to peel.

Paul who is a painter stays in Ikorodu, promised the Mother of the girl he defiled to take care of her and her Daughter.

He made this promise after Kemi lost her husband, the father of her daughter few months into the relationship,but he had impregnated her already.

Kemi disclosed that she started getting suspicious after her daughter began to point at her private parts,and was complaining about stomach pain,it was then she checked to see it peeling up.She also made mention that her daughter started touching Paul in an unusual way,she later took her to the hospital where she was told that she would undergo operation.

Paul later confessed to his crime that he usually does not understand how it happens that he finds himself sleeping with the girl.

Kemi has reported to the Authorities and she wants him to face the law.