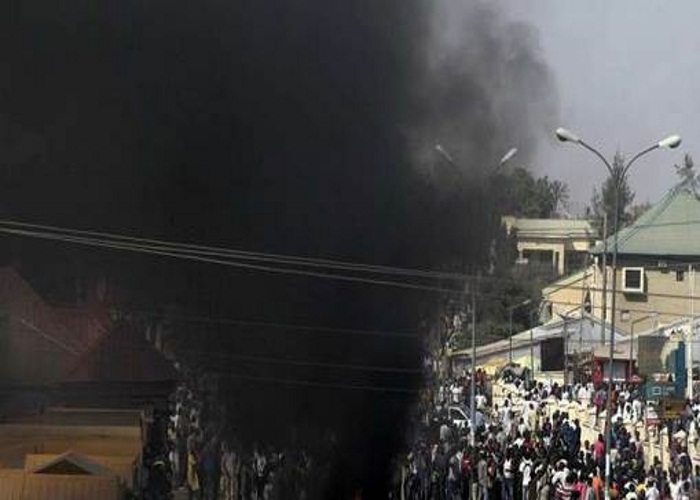 The Borno State Police Command on Sunday confirmed the killing of two persons after a suspected female suicide bomber detonated an explosive along Baga/Monguno.

The Commissioner of Police, Aderemi Opadokun, who spoke in an interview with the News Agency of Nigeria in Maiduguri, said that four persons were also injured.

“A female suicide bomber detonated an Improvised Explosive Devise (IED) strapped on her body along Baga/Monguno highway, killing herself and two others on Saturday. Four persons sustained injuries during the attack,’’ he said.

He also confirmed an IED explosion near a military check point in Konduga Local Government Area,in which two persons were injured.

“It is true that we had a suspected IED explosion at Tungushe village in Konduga LGA on Saturday near a military check point. Two persons were injured and they are now being treated at the hospital,’’ he said.

Mr. Opadokun advised residents to be vigilant and report strange objects to the nearest security check point for action.

Suicide bombings by suspected members of the Boko Haram in Borno State have killed dozens of people in the past month as soldiers continue their onslaught on the group. President Muhammadu Buhari has pledged to defeat the insurgents and already called for the transfer of the army command centre to Maiduguri, the state capital.