TEEN DRIVERS: WOULD YOU HAND HIM OR HER THE KEYS TO THE WHEELS? 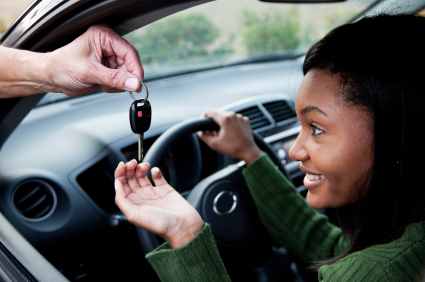 In our lives, we will always encounter times when we’d need to act as fast as we can or lose something precious to us. At such times, the obligation is on us to make a rapid decision on what step to take.  Such was the case of Mr. Alabi, when he found himself stranded between urgently taking his sick aged mom to the hospital for treatment and heading back to the office to answer his boss’ strict orders. It was at this point he remembered that his first son had always been so enthusiastic about driving his recently acquired Camry around town. But due to his scolding, the kid had often put off asking him incessantly for the keys. He rather waited close by to see what drawer his dad would drop them into, and soon as he is gone, the son equally zooms off, clearly demonstrating the adage which says, “when the cat is away, the mice will play.”

But today’s set was different. This same kid who had been banned severally from going close to the driver’s seat not to talk of igniting the engine, was the same person who served the dual purpose of saving his grand mother’s life as well as giving his father the chance to also save his job.

A good percentage of parents find it quite uneasy to let their teenagers out alone with friends, but when it involves the teen moving out with those same friends using the family or parent’s private car, the discomfort most times transforms itself into a capital NO. Except in cases where the parents have come to develop trust in their teens’ abilities and character, they often would not let him/her have the keys to the automobile simply by asking. What could be the reason prompting this refusal?  With the statistics of road accidents released yearly by the federal road safety and other organizations, is it wise to let them have a ride when they choose?

Is your refusal justified? Maybe it is, depending on the particular teen you’re housing right now. But despite his/her shortcomings, non-chalant attitude and other attributes you don’t wanna see before you release the keys, it is still safe enough to teach them how to drive and the basic rules they must observe. This could be your safest choice considering the fact that it may take far beyond your howling voice to deter some kids from doing what they are bent on. Direction and propermethod will serve just right, letting them know also that they have to be patient till they get to the legal age to acquire a driver’s license.

Some parents, in the bid to make their teen happy, may freely drop the keys to the car into their hands. They might leap into the air, roll on the couch or tell you what a loving and wonderful parent you are, before hopping into a vehicle with a dysfunctional brake system. No gain saying what the result of such a lovely evening ride could be. So, before saying yes, ensure that all T’s have been crossed, and all I’s dotted as regards the proper functioning of vehicle parts. Also, instructionsconcerning what routes to take and avoid may also come in handy, especially in periods of heavy traffic.

Parents who say yes and those who say no to their teens when they ask for the keys are both right. The timing, experience, character, and gut feeling must all contribute to the decision so as to avoid another sad news report.